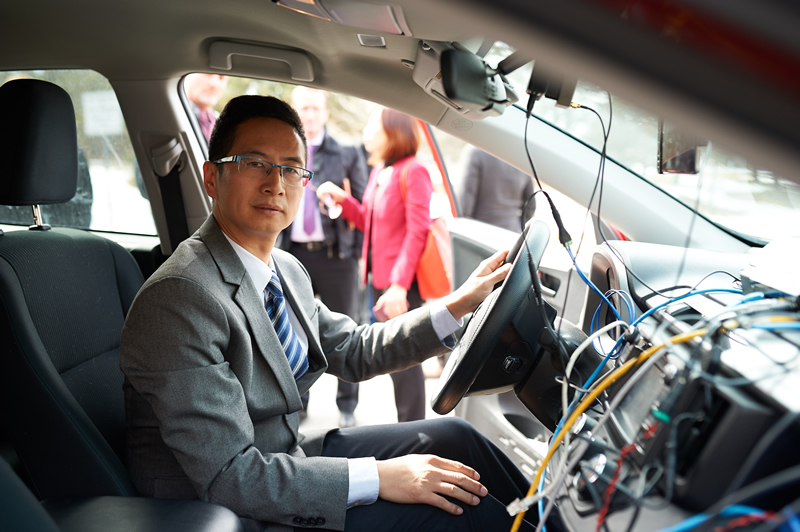 “We are in the business of information exchange – and we have been for 20 or 30 years now. You can get stock market information from New York within one second, and know what’s happening in Hong Kong in just a few seconds,” says Dr. Richard Yu.

The Web of Science Group recently recognized Yu as one of the world’s most highly cited researchers for 2019. It’s an honour bestowed on just 0.1% of the world’s researchers, based on the number of times that their work has been cited over the preceding ten years. Over the past decade, Yu’s research has been widely cited in academic papers, patents and the cellular network standards for 4G LTE and 5G communications.

“Before information, we had big progress in exchanging energy. I can plug in my laptop, and get energy.  You don’t need to generate your own power. That made our lives much easier.  Before that, it was transportation – cars, trains and airplanes – transferring matter from one location to another. From my point of view, these three grids are the three major innovations in the human history: transportation, energy and information.”

The next innovation could be even more transformative – a grid that enables the sharing of intelligence.

Training neural networks takes energy, time and a whole lot of data.  Advanced applications – like operating an autonomous vehicle in a wide range of local of road and traffic conditions – will be difficult to achieve. An intelligence-sharing grid could enable autonomous vehicles to share what their on-board computers have learned about local conditions – accelerating the deployment of the technology beyond areas with clear weather areas like Arizona and California, where much of the current autonomous vehicle testing is taking place.

“Intelligence sharing will be a big challenge – but the idea is to get a car from Ottawa to share what it has learned about driving in the snow with a car that visits from another area – like sunny California.”

But for that to happen, we’ll need a new grid. 5G networks will be fast, but they won’t be powerful enough for the enormous volumes of intelligence that autonomous vehicles will need to generate and share.

“5G will enable some functionalities in autonomous driving,” Yu says, “but there is still a long way to go. Every generation of wireless technology needs to increase the rate of data transfer, and the sixth generation will further reduce latency. Human beings don’t have a need for very low latency, but machines do.  For an autonomous vehicle, one millisecond can mean a lot – if a vehicle doesn’t brake in real-time, it can mean a human life.”

Yu’s research is focused on the nexus of three of the major technologies where autonomous vehicles come together – networks, artificial intelligence, and cybersecurity.

“Cybersecurity is always a concern, and with more and more autonomy, it is becoming more important,” says Yu.

“Right now, you have some cybersecurity issues when a vehicle is online, but in the future, the car itself could be controlled. It could get taken over by the bad guys. It’s a concern for both consumers and governments. 5G and 6G networks will enable future Internet of Things scenarios where everyone and everything can be connected, but that makes cybersecurity a big issue.”