Carleton and China Collaborate on New Technology for Wastewater Treatment

A team of researchers across disciplines at Carleton University is working on an international project with China that has the potential to change the whole concept of wastewater treatment in an environmentally acceptable manner.

With more than half a million dollars in funding over three years, the Ontario-China Research and Innovation Fund (OCRIF) partnership will allow scientists in China and in Canada to refine the technology and the equipment required to treat non-biodegradable organic wastewater with supercritical water oxidation (SCWO) and to test it at a pilot plant in China.

The project is one of the first for Carleton University under the Ontario-China partnership program.

Says Randy Zadra, director of Carleton International, “It is a highly relevant project, because environmental cleanup and controlling pollution is a top priority for China. Carleton University is a key contributor, and this research project solves real-world problems in the rapidly expanding Chinese economy.”

Ultimately, by eliminating some of the kinks in SCWO processes, the researchers hope to commercialize the technology on a large scale, in order to solve heavily contaminated water and sewage sludge discharged by hospitals, municipalities and such industries as pulp and paper, mining and petroleum.

It is a highly relevant project, because environmental cleanup and controlling pollution is a top priority for China

The local team is analyzing data, organizing models and evaluating the performance and cost-effectiveness of the system for different samples and scenarios, thus establishing operational parameters such as temperature, pressure and oxygen demand. Meanwhile, the Chinese researchers, funded by their ministry for science and technology, will carry through with the testing at a pilot plant at clean-energy distributor ENN Energy.

“It’s the first plant in the world on such a large scale,” says principal investigator Junjie Gu, an associate professor in Mechanical and Aerospace Engineering at Carleton. “Because we are targeting the same environmental and energy problems, it’s an advantage to have China work with us. They have the experimental facility to solve the problems. And the team from Tianjin University is very good, not only because they are my friends,” Gu laughs.

The “green chemistry” of SCWO has been researched for more than three decades, but the development of SCWO-based wastewater treatment technology for industrial application is still in its infancy. Challenges researchers face include salt deposits and corrosion of the equipment from the high temperatures and high pressure processes, explains co-investigator and project manager Jie (Peter) Liu, an assistant professor in Mechanical and Aerospace Engineering.

“We have to solve these problems,” says Liu. “China is suffering from a lot of environmental problems and they need our expertise on water treatment. Ontario is home to a wide range of industries that discharge millions of cubic metres of wastewater every year. There is an urgent need to treat this wastewater at a high level before discharging into the environment.” 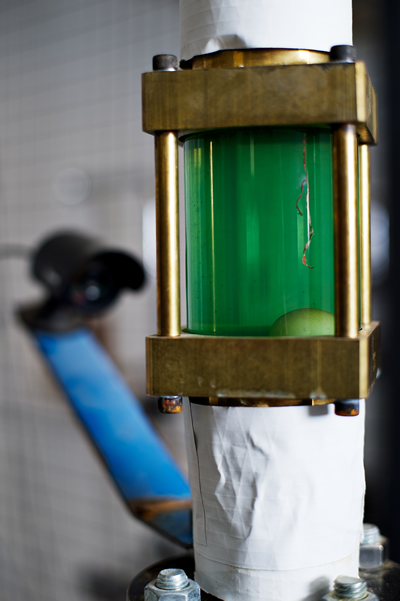 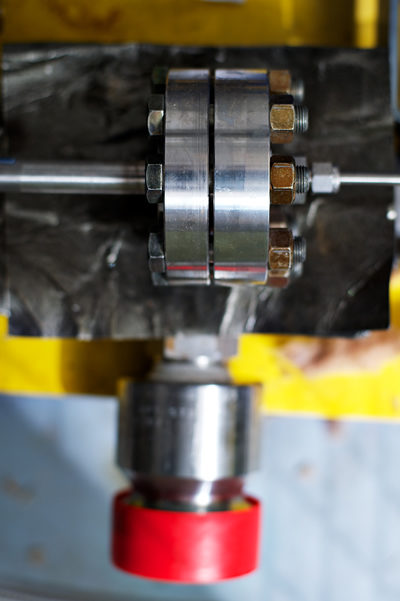 It has been a challenge to put this project together, says Heloise Emdon, manager of international projects at Carleton.

“Lining up industry, universities and government funding in Canada and in China is quite something,” Emdon explains. “It’s also very prestigious and the research at Carleton has a direct impact both here and in China.”

The project stems from a supercritical water coal gasification program Gu initiated at ENN in China during a sabbatical in 2008. He took an “empty space” and built the program at a new research institute, pulling in a team of young students from his alma mater, Tianjin University, and ENN employees to focus on the experiment.

“Both China and Canada are concerned with water pollution,” says Gu. “Both face the same problems. The supercritical water technology I work on can be very well suitable for solving very badly polluted water. Some contamination is so extreme, it cannot be treated with current practices without killing existing organisms.”

Liu, also a Tianjin University graduate, is working specifically on the sensing technology for real-time estimation of the fouling and corrosion severities in the facility.

Once the Ontario team, which includes Gu, Liu and Banu Ӧrmeci, as well as the Ottawa-based Life Prediction Technologies, Inc., has developed and improved the technologies, they will seek patents in order to take it to market.

Ӧrmeci, who is involved in the validation of the SCWO technology for treatment of wastewater, is excited to be part of the international project.

An associate professor in the Department of Civil and Environmental Engineering and Canada Research Chair in Wastewater Treatment Engineering, Ӧrmeci notes, “This is an opportunity for me to work on an emerging technology and play a key role in pollution control in the near future.” 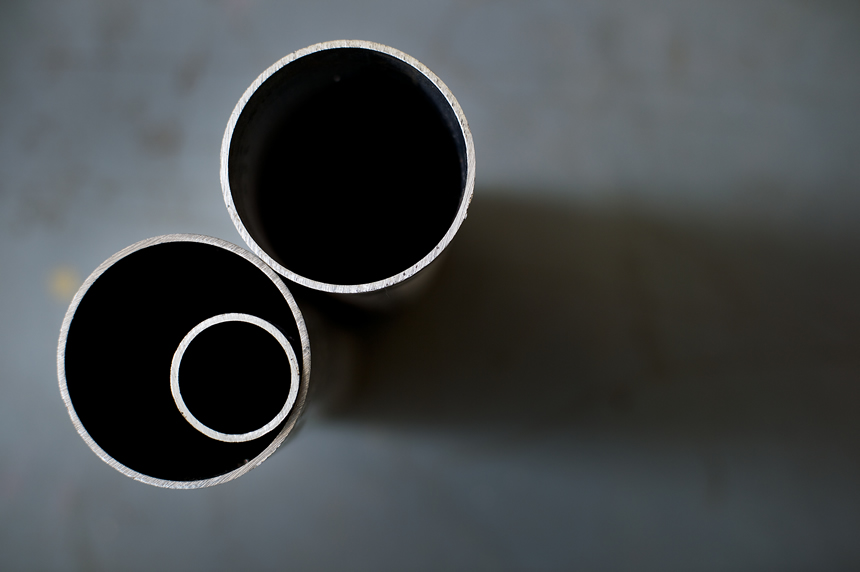