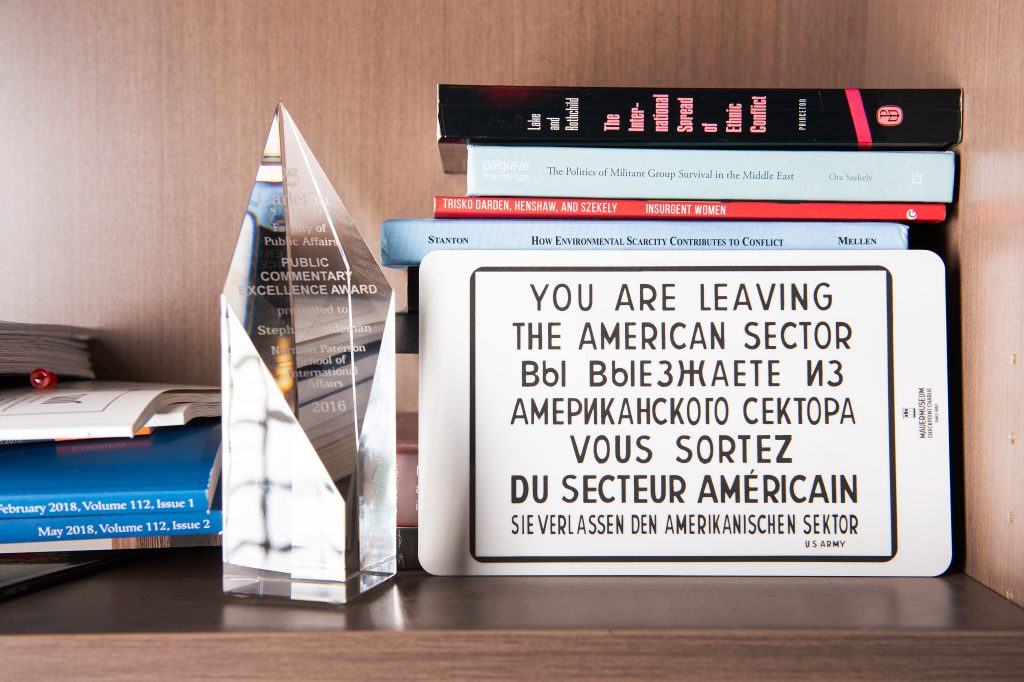 When Stephen Saideman interviewed to join the Norman Paterson School of International Affairs (NPSIA) eight years ago, he proposed a research network for Canadian defence and security.

That was 2011. The following year, he joined the NPSIA as a professor and as the Norman Paterson Chair in International Affairs. In 2019, his network proposal became reality and Saideman became director of the Canadian Defence and Security Network (CDSN).

“Our network is aimed at both addressing the problems of today and building connections for the long term,” he says. “For the short term, this network is important because there are so many divides between Canadian entities that should be collaborating.”

Officially launched last May, the CDSN was designed to strengthen relationships between Canada’s academic institutions, military organizations, government departments, and citizens through a variety of projects.

In July, the network received a $2.5-million partnership grant from the Social Sciences and Humanities Research Council (SSHRC) to support those goals.

It offers training for the next generation of scholars, policy officers, and military officers with an emphasis on diversity and inclusion. It informs the public and aims to improve the average Canadian’s defence and security literacy through workshops, reports, and the podcast Battle Rhythm.

It also connects research institutes with government and military bodies to increase collaboration.

Operating out of NPSIA, the network gives policy makers access to expert perspectives and solutions, and gives researchers the chance to anticipate the next big issues that the Canadian government and military will face.

In a rapidly changing world, they are already facing many such issues.

Worrisome global trends—such as the rise of extreme nationalism, missile weapons tests, Arctic sovereignty claims, and trade wars—have changed how Canada fits (and sees itself) on the world stage.

“One assumption was that the United States would be the primary protector of the rules-based order,” says Saideman. “With Donald Trump in power, not so much. So the question now is whether other countries can supplement or supplant the U.S. effort.”

Canada is also facing new challenges in its relations with countries such as China, Saudi Arabia, Russia, and even the United States.

“Canada’s situation is more uncertain than any other time in recent history, and uncertainty tends to breed mistakes,” says Saideman. “Our hope is that we will provide some guidance for how to navigate these situations, avoiding unnecessary conflict.”

On top of training and public engagement, the CDSN also focuses on the distinct research themes of procurement, military personnel, operations, security, and civil-military relations. These themes were based on the budget for the Department of National Defence (DND) and the political issues of the day.

In 2017, the Liberal government released the Canada Defence Strategy to replace the previous Conservative government’s strategy from 2008. The Harper strategy set out a 20-year budget plan for the DND, while the Trudeau strategy mapped out the department’s next 10 years.

According to the CDSN, defence strategy reviews should happen more regularly. The enlisted help of academia can help in this task.

“There is a lot of wasted effort, repetition, and frustration because we don’t know each other and we don’t build on each other’s work,” says Saideman.

The SSHRC grant will receive matching contributions from the CDSN’s partners. This will allow the network to spread even further: across the globe with foreign government agencies, armed forces, and research centres.

The network currently has over 30 partners and 100 academics in Canada and abroad. There are those involved in research (who generate, disseminate, or consume it) and in capacity-building (“those who have a mission to help others reach their ambitions,” says Saideman).

The latter partners include organizations like Bridging the Gap, Women in International Security-Canada, and the Defence and Security Innovation Hub.

Saideman calls the network a “dynamic and evolving space.” There are research generators from Canada—such as the Queen’s University’s Centre for International and Defence Policy, the Canadian Forces College’s Center for National Security Studies, and the University of Calgary’s Centre for Military, Security and Strategic Studies—and from abroad—including the Center for War Studies at the University of Southern Denmark and the U.S. Army War College’s Strategic Studies Institute.

The network is for research disseminators—such as Open Canada, the Canadian Global Affairs Institute, and the NATO Association of Canada—as much as it is for those who consume research, like the Canadian Special Operations Forces Command and the NATO Defence College.

Saideman says the network’s efforts have received much enthusiasm from several DND agencies, including the office of the Chief of the Defence Staff, who commands the Canadian Armed Forces (CAF).

“The CAF understands that they benefit from more engagement with academics and civil society,” he says. “They are happy that we are working to build these connections… We have had open doors wherever we have gone.” 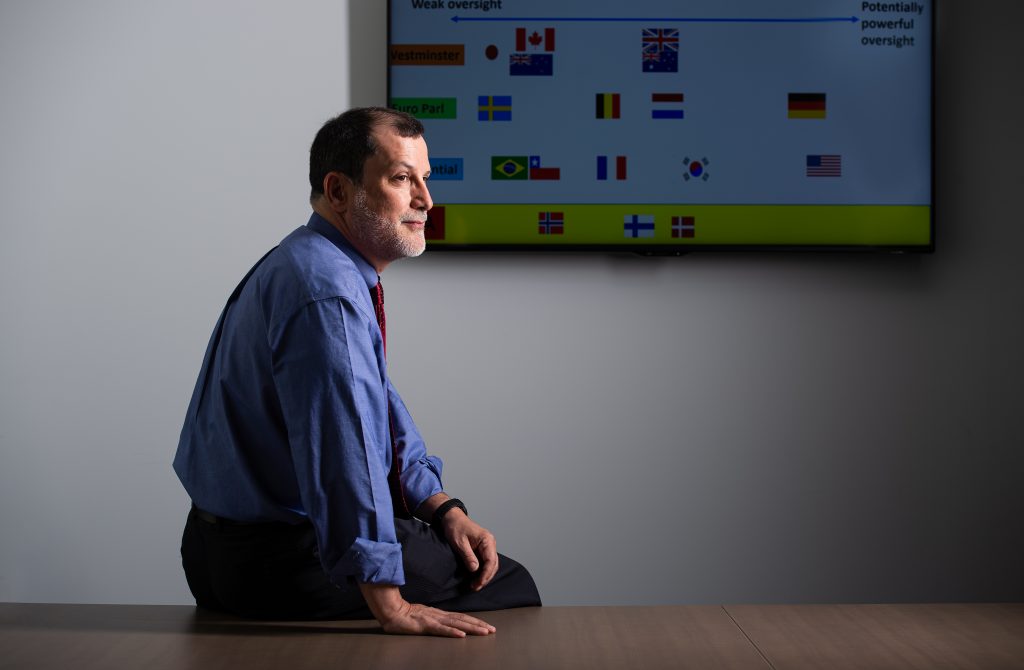 At a time of rapid change on the world stage, Canada is facing new challenges in its relations with countries such as China, Saudi Arabia, and even the United States. The CDSN will connect across the globe with government agencies, the armed forces and civil society to bring together people who are studying or working in defence and security to build a community that will increase engagement and anticipate the research interests of the government and the military.