Conserving Heritage Helps Us Understand Who We Are

Carleton University’s research into emerging digital technologies for architectural rehabilitation and heritage conservation is unique in Canada. Its long history in such programming dates to the 1990s, and it has the largest concentration of faculty involved in research in the field. The Carleton Immersive Media Studio (CIMS), which studies advanced forms of reality capture that can animate architecture, is a leading research centre in developing modelling for heritage buildings to predict how they can be rehabilitated and managed over time.

Building information modelling (BIM) was quite unique when Carleton began to apply it to heritage conservation, explains CIMS director Stephen Fai. “When we first started bringing these technologies to heritage in 2007, a lot of people working in the field said we were crazy, because BIM was developed for new construction. 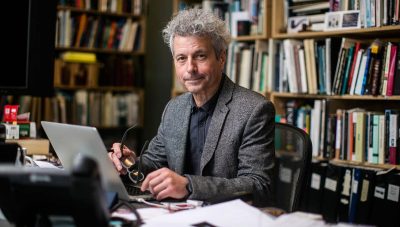 “My argument was if we don’t figure out how to adapt these technologies for heritage buildings, it could be another reason to knock them down. The cities we build are us and we are them. It’s worth understanding those cities, so that we understand ourselves and our society. It is self-evident we must try to conserve what has made us who we are.”

A building you might well say has made us who we are in Canada is Parliament’s Centre Block, the most famous building in the country, first constructed more than 150 years ago and rebuilt in 1920 after a deadly fire. It recently closed for renovations, which are expected to take at least a decade.

One of Fai’s projects was working with Heritage Conservation Services and the Parliamentary Precinct Branch of Public Services and Procurement Canada to document and create a BIM by using laser scanning and photogrammetry for the Centre Block project.

CIMS first proposed using the innovative BIM technology during the refurbishing of the West Block several years ago. The Centre Block project manager at the time decided to adopt the same method of working.

“We proposed using the same information to assist the stone cutters’ work on the project,” says Fai, “but there was some initial resistance. So we did a pilot project with the Dominion Sculptor of Canada, Phil White. We digitally captured a stone relief carving of an owl amongst thistles, and made a high-density foam replica of it. Then we used a robot to roughly mill a piece of stone and White finished it by hand.”

Over the past decade, CIMS has developed an international reputation for its innovative use of digital technologies. It is now deeply involved in translating the BIM for use in immersive video game technology.

Associate professor of architectural conservation and sustainability Mario Santana, who works with Fai at CIMS, has been developing approaches for using 3D digital tools such as computer-aided drafting applications and 3D modelling to record and document heritage sites around the world.

As director of the NSERC CREATE Heritage Engineering Program, Santana provides students in engineering, architecture, information technology and Canadian studies with hands-on opportunities to work in the heritage industry. 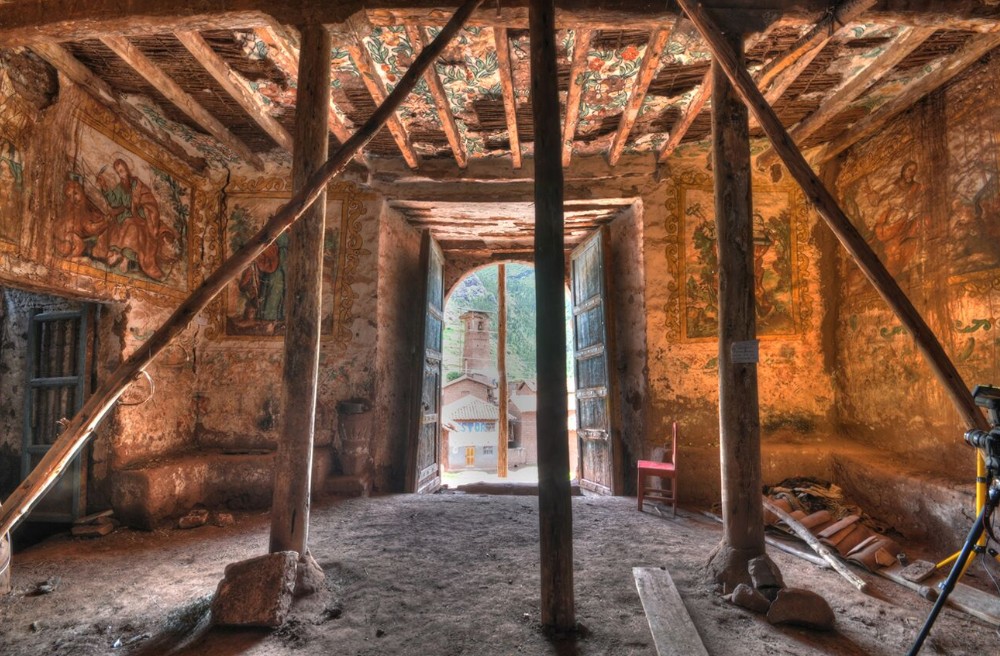 Speaking from California, where he is on a three-month sabbatical as a Getty scholar funded by the Getty Conservation Institute (GCI), Santana recalls some of the historic buildings and ancient tombs he and his students have worked on in Morocco, Egypt and Peru.

In Cyprus, he mapped the rare mosaics and archeological remains of Nea Paphos, the ancient sacred city of the legendary Aphrodite, in collaboration with GCI and the Cypriot Department of Antiquities. He remembers “photographing a mosaic in my socks, when a tourist shouted at me. He didn’t understand what I was doing. We have privileged access to sites like this and see parts that are not accessible to the general public.”

Santana, who completed his doctoral degree at the University of Leuven (Belgium) in 2003, admits he became interested in cultural heritage early in his career, and quickly developed an expertise in documentation. 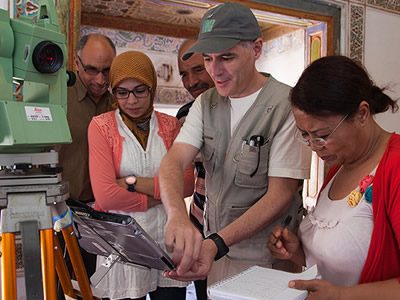 “We will continue our project in Paphos and we will be going to Myanmar, putting into practice our documentation techniques for recording historic sites and then doing conservation. When we document heritage, we are helping conserve objects that will transcend our lifetimes,” says Santana, who loves mentoring young students.

“Kids in their early 20s might not be fully interested in what I do, until we tell them we are going to work in a different country. Then I see them become more motivated than myself! Eventually, they reach important positions as they develop in the field and I feel very proud and accomplished.”

As Canada's buildings age, and as historical edifices around the world come increasingly under pressure from factors such as environmental impact, the work of CIMS becomes much more imperative.

What It Will Change

As CIMS reaches more and more people, especially the young, a new generation with the skills and technology to help preserve buildings will emerge.