Before coming to Carleton to study permafrost in Canada, Stephan Gruber did field work while suspended from a rope in the Swiss Alps, where the immediate impacts of global warming include a heightened risk of rockslides and poor snow conditions at ski resorts.

In Canada, which has some four million square kilometres of permafrost, an area 100 times larger than Switzerland, the changes caused by subsurface thaw are sometimes more subtle and shrouded, yet much more transformative.

“Permafrost is a complete game-changer in this country,” says Gruber, the Canada Research Chair in Climate Change Impacts/Adaptation in Northern Canada. “Something of this magnitude should receive more attention.”

Out of sight, top of mind

Unlike shrinking glaciers and ice caps, permafrost degradation is not easy to observe. But when Arctic and Subarctic ground thaws after remaining frozen for centuries, the infrastructure it supports — from buildings and roads to industrial installations such as pipelines — can be destabilized. The hydrology changes, affecting wildlife and vegetation.

Methane and carbon dioxide are released into the atmosphere.“Northern engineering is based on a world where the climate and permafrost are stable,” says Gruber. “We’re in a different world now.”

Northern engineering is based on a world where the climate and permafrost are stable. We’re in a different world now — Stephan Gruber 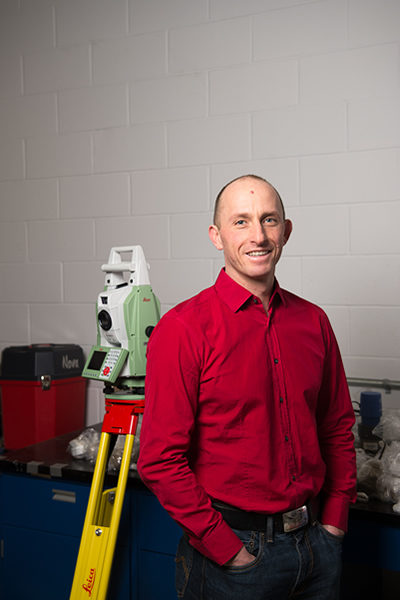 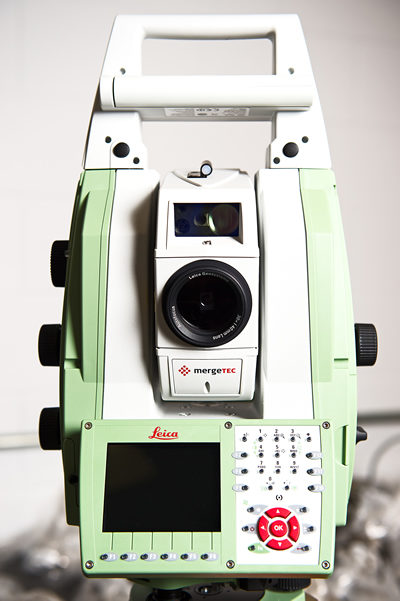 Since 2013, when he started as an associate professor at Carleton, Gruber has been dealing with the “joys, surprises and challenges” of launching a new research program on a new continent. Now he is ready to go north.

This summer, Gruber plans to survey and laser scan a number of field sites in the Northwest Territories. When permafrost thaws, the land surface often settles and deforms. Gruber’s scanning method is optimized for detecting even minute changes. Returning to the same places in the years to come will allow him to identify and quantify trends. Calculating ice loss will help him understand subsurface changes and energy transfer, which are not captured by more common temperature studies.

“Basically,” he says, “we’ll be measuring the things we’re actually interested in, not a proxy.”

Incorporated into a broader strategy of measurements looking at vegetation cover, soil characteristics and ground temperature over a wider spatial extent, Gruber’s results can be used for testing and developing simulation tools. These computer models allow researchers to apply the insight gained at one location over larger areas, and to explore the effectiveness of various management practices in places where infrastructure is impacted by climate change. Ultimately, Gruber intends to develop better “predictive capability” around changes in Canada’s North. 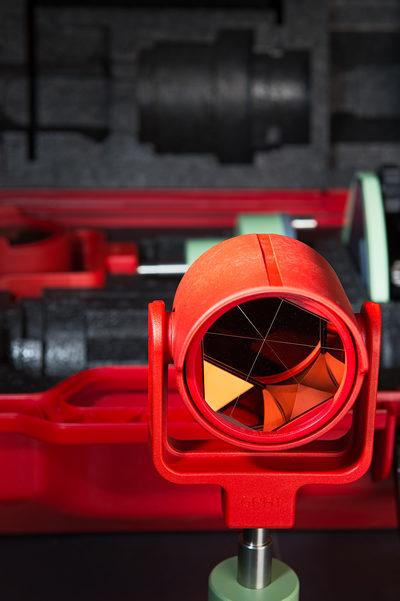 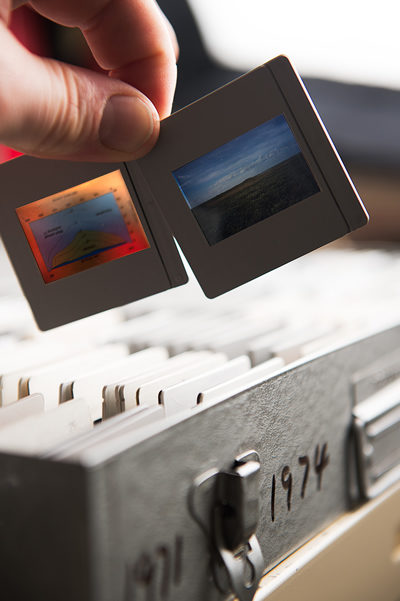 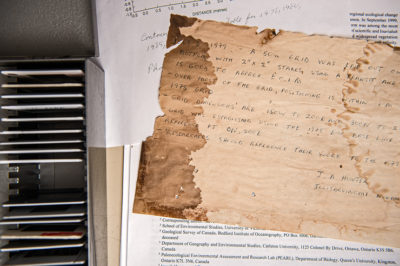 Doing field work in the same location for several decades is the key to valuable climate change research, according to Chris Burn, one of Gruber’s colleagues in the Department of Geography and Environmental Studies.

A veteran Carleton professor and NSERC Senior Northern Research Chair from 2002 to 2012, Burn has been investigating permafrost in the western Arctic since the early 1980s. His mentor, pioneering scientist J. Ross Mackay, who passed away in 2014, has data going back another three decades.

The “active layer” that thaws and freezes above the permafrost every year appears to be getting deeper, says Burn. This has huge implications because the top of permafrost is commonly full of ice. But to him, news stories about sudden changes are symptomatic of a limited perspective. “What we’re seeing,” he says, “is the continuation of a long-term trend.”

Permafrost field work in Canada is notoriously difficult. Sites are often remote; the logistics are complex and expensive. Different types of terrain — slopes versus flat ground — respond differently to melt. And researchers have to navigate through tricky questions of contingency and convergence (how phenomena combine and interact) as well as the emergence of entirely new phenomena (such as more vegetation cover trapping snow and raising ground temperatures) to translate data into accurate models.

Although Burn was in the NWT when Gruber arrived at Carleton and the two men did not know each other beforehand, their experience and approaches to research are complimentary. Burn has indispensible knowledge of northern environments, and his ecosystem of collaborators readily adopted Gruber, who considers himself a bridge between field work and the “abstracted, scaled-up” realm of modelling. And both are driven by a desire to, as Burn says, “provide really solid evidence as to how permafrost is responding to a new climatic regime.”

News stories about sudden changes are symptomatic of a limited perspective. “What we’re seeing,” says Chris Burn, “is the continuation of a long-term trend 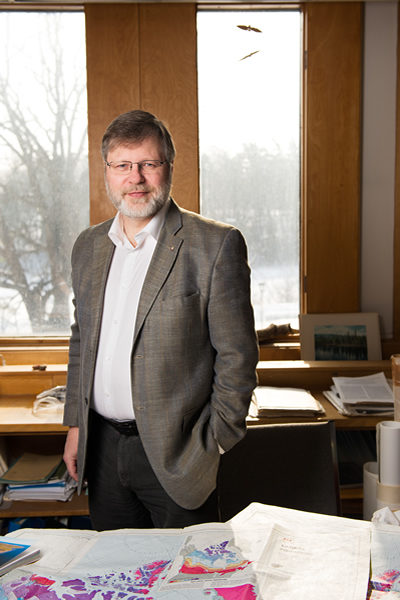 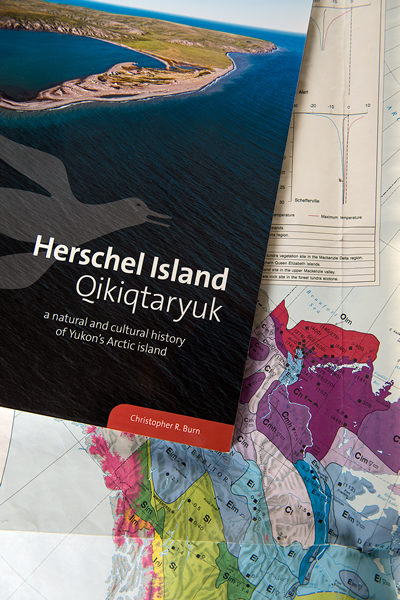 This new normal invokes big questions about public expenditures and the need to upgrade northern infrastructure while maintaining adequate funding for health and social programs. Such questions are the purview of Frances Abele, a professor at Carleton’s School of Public Policy and Administration who specializes in northern political and economic development.

National interest in the North has soared amid the prospect of mining and energy development, ice-free shipping and sovereignty concerns. Yet after a period of political activism and negotiation, from roughly 1965 to 2005, indigenous organizations have successfully mobilized, completing land claims and treaties. These agreements, says Abele, “have created the institutional means through which decisions about future development will be made.”

A changing climate makes the questions that northerners face even more challenging. But the permafrost problem, for example, can be seen as an opportunity for innovation. As in the south, northern infrastructure is aging and in need of renewal.

If Canada invests in R&D that leads to better northern housing and heating, and improved water and sewage systems, this expertise could be exported to other circumpolar nations.

And if the federal government wants the entire country to benefit from northern development, it shouldn’t balk at the cost of funding the social and physical adaptation necessary to ensure that people in the region can lead healthy lives.

If Canada invests in R&D that leads to better northern housing and heating, and improved water and sewage systems, this expertise could be exported to other circumpolar nations — Frances Abele

Universities like Carleton can play a big role in this transition, says Abele, who has worked on projects to promote conversation in northern communities about public policy decisions. There is a need for more far-reaching public discussion, supported by research.

Because of development pressures, debates about the region’s future typically take place at regulatory hearings. These are 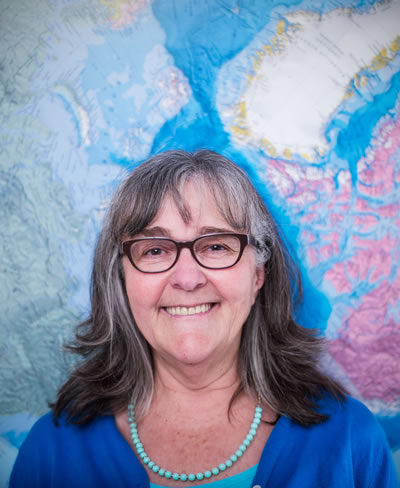 oppositional, and the adjudicating panels are ephemeral. “Continuity is needed,” says Abele. “We need people to think about the whole economy, everything from changing demographics and social development to climate change and its impact on infrastructure.”

Northern governments and indigenous organizations wrestle with limited capacity. But by proposing research and partnering with universities, they can gain a deeper understanding of critical issues such as industrial pollution, wildlife management and melting permafrost. “The path to responsible development,” says Abele, “isn’t that hard to see.”