Perfecting the art of radiation treatments

Health care is at the heart of the matter for Carleton’s newest Canada Research Chair.

Dr. Rowan Thomson, Canada Research Chair in Radiotherapy Physics, is a physicist who studies the interaction of radiation with matter — specifically, cancer cells. The work may sound unique — and perhaps out of the ordinary for a physicist — but it’s par for the course for this assistant professor in Carleton’s Medical Physics Group.

Thomson, who received the Polanyi Prize in 2011 for her contributions to the field, spends most of her days exploring the connections between physics and medicine. Over the next five years, her role as research chair will allow her to focus her work on radiotherapy, which is the treatment of disease by exposure to radiation.

While perhaps not well publicized, the contribution of physicists to health care is vital. Some physicists choose to specialize in medicine, Thomson says, and they play important roles in testing and calculating how radiation treatment is administered to, and received by, cancer patients.

“Physicists are not always involved in up-front patient care, but no radiation treatments can happen without their involvement,” says Thomson. “They’re the ones running measurements on radiation machines and calibrating them to ensure dose accuracy. In addition, physicists offer radiation protection for patients.”

The goal of brachytherapy is to damage the tumour without harming the healthy cells that surround it. 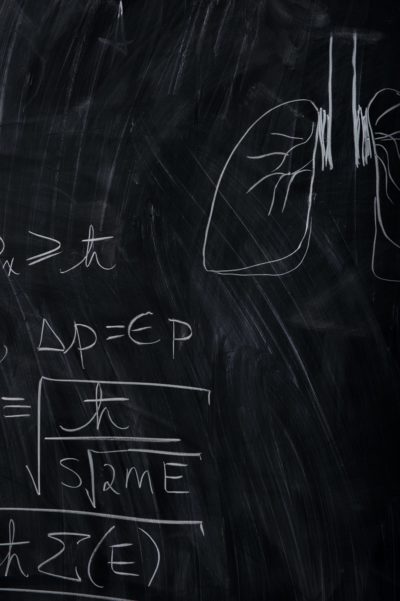 Thomson’s path to medical physics wasn’t a direct route. After completing a PhD in theoretical high-energy physics, Thomson knew her career likely held a future deep in theory. So she sought a change — and a challenge — that would retain her physics roots.

“I thought it would be rewarding to apply my physics knowledge to something that has tangible benefits,” she says. “So I started to look at opportunities to apply my work in medical physics. I was drawn to the connection to human health, and was hooked from that point on.”

One of Thomson’s achievements in her career to date has been her contributions to the development of BrachyDose, a computer program that provides better information about brachytherapy treatments. Most commonly used in prostate, breast, eye and lung cancers, the treatments involve radiation that’s delivered by sources placed as close to the cancerous tumour as possible — often via radioactive seeds inside the tumour itself. The goal of brachytherapy is to damage the tumour without harming the healthy cells that surround it.

The BrachyDose program allows for more accurate predictions about how radiation is distributed in the body. Prior to its creation, treatment planning for brachytherapy was rudimentary, says Thomson, because physicists and physicians were working with very approximate dose calculations.

Her work is being used in hospitals here in Ottawa, at Sunnybrook Health Sciences Centre in Toronto and at the Mayo Clinics in the U.S.

“Brachytherapy is widespread in health care now, but its evolution has been hindered because of inaccuracies in radiation dosimetry,” says Thomson. “If you can’t accurately evaluate radiation dose delivered, then you can’t properly understand treatments.”

With the help of physicists who calculate dosages and measure the calibration of radiation machines, the scientific accuracy of the brachytherapy process is improved.

“It’s rewarding to be able to do this kind of collaborative work with oncologists and clinical physicists,” says Thomson. “Our work feeds back into their clinical practice and helps to inform it.”
While the clinical testing for the BrachyDose program is still in its infancy, Thomson and her colleagues have managed to create successful working relationships with medical teams at home and internationally. Her work is being used in hospitals here in Ottawa, at Sunnybrook Health Sciences Centre in Toronto and at the Mayo Clinics in the U.S.

“I hope that I’ve helped to advance our understanding of physical and biological effects of radiation,” says Thomson, “and I look forward to contribute significantly to research in that area in the future.”