CPUs, hard disk drives, RAM. The general population is aware that modern computers are an amalgamation of these components and more, but few people outside of computer engineers and those who build PCs as a hobby are aware of what these components are or how they work.

More and more, there is one exception, and that is the Graphical Processing Unit (GPU.)

GPUs—which serve as the graphical brain of the PC, rendering three-dimensional objects while easing the compute load on the central processing unit (CPU)—have featured heavily in the news recently, even breaking out of the confines of tech news into more mainstream outlets. From their ever-rising prices and low supply sparked by the gaming industry to their applications in mining Bitcoin and other crypto currencies, GPUs are hitting mainstream consciousness.

What is less widely known is their utility in research applications. GPUs are widely sought after for researchers looking into big data, AI, machine learning, deep learning, and more. To keep up with this demand, Carleton has deployed eight leading edge GPUs for applications in research. 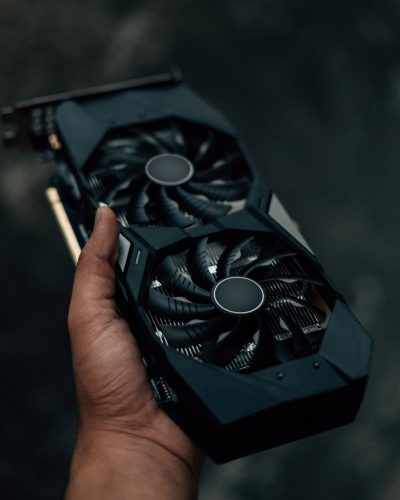 The deployment would not have been possible without Carleton’s Research Computing Services (RCS), which aims to provide researchers with the support, expertise and resources necessary to conduct research computing at Carleton.

RCS provides services to researchers such as access to cloud computing resources through the Research Computing and Development Cloud; custom, purpose-built research software created by the RCS Research Software Development team; access to the RCS ShareFile file sharing platform for research data; access to open and commercial software packages for research purposes; and much more.

The eight NVIDIA Ampere A100 GPUs, which arrived in spring 2022, will soon be pressed into service. According to NVIDIA, these GPUs power the world’s highest-performing elastic data centers for AI, data analytics, and high-performance computing, utilizing the world’s fastest memory bandwidth at over 2 terabytes per second to run extremely large models and datasets.

They will address an emergent need for Carleton. With a growing queue of researchers hoping to access the university’s two existing NVIDIA Tesla V100 GPUs, these additional eight GPUs—and their boosted tech specs—will help shorten the waitlist and facilitate the research projects that need them.

“It’s obvious that there is a growing demand for these GPUS, and this purchase was made with this demand in mind,” said RCS Manager Andrew Schoenrock.

“I’m excited to see what kind of research projects we can support,” said Schoenrock.