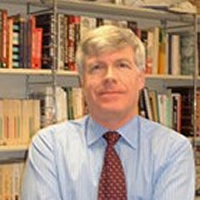 As the Carty Chair, Dr. Waddell oversees the creation of a stream of emphasis within the School of Journalism and Communication on business and financial journalism.

The Carty Chair in Business and Financial Journalism brings a specialized stream of business and financial reporting into the journalism curriculum at Carleton University’s School of Journalism and Communication.

As the occupant of the Carty Chair, Dr. Waddell has developed a business and financial journalism curriculum that will provide journalists entering the media with a grounding in business and economic issues such as how to understand financial statements, how stock markets operate, corporate governance, regulation of the markets and the economy, how the economy works and is regulated, public finance and personal finance. Carleton is the first Canadian university to establish a curriculum specifically directed at directing graduates into the world of business journalism.

The funding drive for the chair was part of a larger, two-year fundraising campaign for Carleton’s School of Journalism and Communication that raised more than $4.3 million. The Carty Chair is a permanently endowed chair made possible through donations from more than two dozen Canadian corporations, particularly the newspaper industry. Edward Bower Carty, a former public servant, matched corporate donations with a $700,000 gift towards the Carty Chair. Over the years Carty has generously donated more than $6 million to Carleton University out of a strong sense of community and a desire that his money should make a difference to young people.

Dr. Christopher Waddell joined the faculty in Carleton University’s School of Journalism and Communication in July, 2001. Currently he teaches business journalism, television current affairs reporting and web publishing. He came to Carleton as the first occupant of the Carty Chair in Business and Financial Journalism, the first chair of its kind in Canada, after a 21-year career in print and broadcast journalism.

An experienced financial and political journalist, Dr. Waddell is a former senior editor with the Financial Post , former reporter with the Globe and Mail’s Report on Business , and then the Globe’s Ottawa bureau chief, associate editor and national editor for the Globe and Mail . He was the first recipient of the National Newspaper Award for Business reporting, winning in both 1987 and 1988. In 1991, he joined the CBC as senior producer with The National and Sunday Report then moved to Ottawa in 1993 as parliamentary bureau chief for CBC Television News. He remained in that position while also being executive producer of news special programs for CBC Television. Programs for which he was responsible won six Gemini Awards between 1995 and 2001.

Dr. Waddell received a Ph.D in Canadian history from York University in 1981completing a thesis: The Wartime Prices and Trade Board: Price Controls and Consumer Rationing in World War II.