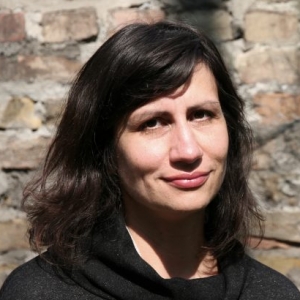 Chemicals as weapons of war. The history of processed food. What science can tell us about Mona Lisa’s complexion. This is a tiny sampling of what science journalist Sarah Everts has written about over the years for a variety of publications, from the Economist to Scientific American. It’s also an indication of the depth and range she’ll bring when she joins the Journalism program as our new CTV Chair in Digital Science Journalism.

With a Bachelor of Science in Biophysics, a Master of Science in Chemistry, a Master of Journalism from our own program, and 15 years as a science journalist, Everts is well-positioned to fulfill the mandate of the chair in exciting ways. As well as her regular teaching duties, she’ll play a key role in Journalism’s new Concentration in Health Sciences option, which is launching this fall in partnership with the Faculty of Science.

“I’m delighted to be returning to Carleton,” Everts says. “It will be an honour to help train the next generation of journalists to report on society’s most pressing science, health and environmental issues—many of which are mired in a challenging combination of controversy, pseudoscience and legitimate uncertainty.”

The award-winning science journalist is currently working on a book about the science, history and culture of sweat. It examines whether human pheromones exist, the curious history of deodorants and antiperspirants, humanity’s obsession with a good sweat – from sauna ceremonies to exercise fads – and much more. The Science of Sweat will be published by W.W. Norton, likely in 2019-20. Last year, her work was included in The Best American Science and Nature Writing anthology.

Currently based in Berlin, Everts will join the Journalism faculty in her new role as science chair in January, 2019.

She takes the reins from the now-retired Kathyrn O’Hara, who held the post since its establishment in 2000 at Carleton, with a French-language equivalent at Laval. A first for Canada, the chair signalled Carleton’s commitment to producing science journalists capable of engaging citizens in critical conversations involving the relationships between their environment, their health and the work of scientists.