Carleton University biology professor Heath MacMillan has spent most of his career trying to understand what causes insects to live or die at low temperatures. More specifically, he has been researching the thermal limits of fruit flies ever since he was an undergraduate biology student at Western University.

“I got excited at how little was known in this area,” he says. “It just seemed like such a vast field to play, to explore.”

All living things have a certain range of temperatures in which they can survive. Once they reach their thermal limit as temperatures plunge, their nerves, muscles and motor functions don’t work as well. Injuries occur and these lead to death if they worsen.

Why, where and how this happens are fundamentally interesting questions to MacMillan. It’s also important to know because insect populations and their distribution are rapidly changing in response to climate change. Understanding what sets temperature limits in insects can allow researchers to make better predictions of which insects will survive, thrive or die in our changing climate.

For many insects, the cause of these problems has to do with their renal system When insects get cold, their renal system doesn’t work as well, and they start to lose water and salt balance. This causes an increase of potassium in their blood (called hemolymph in the insect world), which causes cells to die.

“We have a lot of knowledge about the physiology of this process and we know that there’s a lot of variation in these limits in nature,” says MacMillan. “This project will start to look at some of the genetic and molecular mechanisms that might drive these differences that we see among and within different insect species.”

The specific cellular signals that regulate the renal system’s function at low temperatures are unknown, which is MacMillan why will lead a research team funded by an Early Researcher Award (ERA) to uncover how insects physiologically adapt to cold. 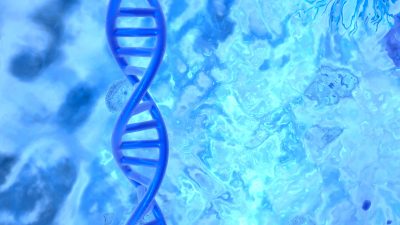 At present, there is little knowledge of how microRNAs — small RNA molecules that bind to and suppress mRNA from other genes — contribute to the physiology and the mechanisms of low temperature biology. By exposing the common fruit fly (Drosophila melanogaster) to cold, MacMillan and his team will use molecular biology and machine learning to note if any particular microRNAs are activated. This way, they can reasonably deduce which genes are helping the insects against the cold.

The project features a collaboration with other Carleton researchers and faculty. Kyle Biggar, who has worked with microRNAs in amphibians and moulds at low temperatures, and Jim Green in the Department of Systems and Computer Engineering, have previously used machine learning to predict what sorts of targets microRNAs would have in the cold.

MacMillan plans to use what he can learn from the fruit fly — an ideal model for understanding biology — to apply it to another flying insect: the mosquito Aedes aegypti. Responsible for transmitting several different diseases such as Zika virus, Dengue fever and yellow fever in tropical and subtropical regions, Aedes aegypti has become more common throughout the United States and has recently been recorded in Windsor, Ont.

Despite being a different species of fly, mosquitos do have similar microRNAs to fruit flies. “In general, microRNAs that have a certain function tend to have a similar function in other closely-related species,” says MacMillan.

Although this mosquito isn’t carrying diseases into Canada as it heads north, it’s in Canadians’ interests to find ways to control insects that are moving into new territories due to climate change. If MacMillan’s research can determine the insect genes that react to cold, then this knowledge could one day help control insect populations.