Canada’s rural and remote communities have unequal and limited access to Internet connectivity—a fact that the pandemic magnified when the urban centres moved online for school and work and these communities could not.

An issue for years, the Government of Canada tasked the National Research Council of Canada (NRC) in 2018 to develop new technologies to improve broadband connectivity in rural and remote communities across Canada. From this directive, the Optical SATCOM Consortium (OSC) was formed in September of 2019.

Carleton University is one of the six founding Tier 1 members, with a total of 16 organizations currently part of the consortium.

According to Chris Lannon, director of Carleton’s Industry and Partnership Services and a representative on the consortium’s steering committee, OSC has been created to bring together technology innovators, technology suppliers, product manufacturers and end users working to position Canada’s industries to be research leaders in photonics for satellite communications.

“We help to promote the consortium and indirectly the ecosystem as well,” says Lannon. “We are responsible for selecting projects for funding and ensuring these projects adhere to the governance model of the consortium.”

Two Carleton professors—Winnie Ye and Halim Yanikomeroglu—are at the forefront of the OSC’s groundbreaking research in creating remote connectivity by using satellites for Internet instead of the current cellular network.

Advancing Integrated Photonics by Creating Optical Phased Array
Electronics Professor Winnie Ye is concentrating on creating an optical phased array that will provide core photonics for telecom and satellite communications through efficient light scanning and beam steering. It is a key element in LiDAR systems—an active remote sensing system used to survey the surrounding environment where laser light beams are emitted out of the array.

“This research will advance knowledge in the fields of integrated photonics and subwavelength metamaterial photonics,” says Ye who is exploring how laser light beams can scan the environment to recognize what is in the surroundings such as a human, an animal or a tree.

This two-year project started in June in collaboration with the NRC. Ye’s plan is to develop, fabricate and demonstrate experimentally a working prototype of ultra-compact integrated antennas.

“This is a relatively new area for my research team. We have already developed a novel design of optical antennas to receive and transmit data more efficiently,” says Ye. “We have come up with some really nice designs that has never been presented before and we are excited to explore the potential of our designs.”

So far Ye’s team has filed for two patents and had one paper published in Optics Express.

“Right now we are working on the fabrication of the physical prototype devices to make sure the antenna and the receiver part works,” says Ye. “And then in the future this needs to be deployed in the field studies to conduct a system level integration with other parts that’s in the complete satellite communication.”

“I’m happy I have a substantial involvement in the project that brings in a unique dimension that is AI-enabled networking,” says Yanikomeroglu. “In just two years, we made a very big international footprint in this research domain and now Carleton’s work is known.”

Cities use the cellular network and Wi-Fi but outside of urban areas the cellular coverage gets weaker. Mining operations up north and ships rely on satellite connectivity which has historically been limited. But that is changing according to Yanikomeroglu and thousands of satellites will be installed in the next five years and their operations will not necessarily be limited to remote areas.

“Those satellites will eventually be talking to your smartphone directly,” says Yanikomeroglu. “Today, smartphones do not talk to satellites, they talk to a base station on the ground. We are going in that direction and when that happens this will be a trillion-dollar industry.”

The vision is to have integrated terrestrial and satellite network architectures by the 2030s and it is the networking between them that is the magical key to figure out.

“This is extremely complex that we are having difficulty in wrapping our head around on this problem, so we are relying on AI as much as possible,” says Yanikomeroglu.

Because satellites are not fixed and always moving quickly, if there are 10,000 of them travelling in different orbits, then a strong signal is required from a big dish antenna. Desiring to both receive and transmit, the networking between satellites is different and more complicated than the ground network currently used.

“We are actually trying to sort these things out to do them in an efficient way, in an autonomous way with the least human intervention and outage in the most energy efficient way,” explains Yanikomeroglu.

When the signal jumps from one satellite to another there is a possibility the connection will get interrupted causing the need to talk to two satellites at any given time. This is where the laser-based links Ye is working on comes into play to eventually create an operable satellite communications system.

Students Benefiting from this Research
Yanikomeroglu’s research is now being integrated into a fourth-year undergraduate course he is teaching in telecommunications engineering as well as in graduate level courses in wireless communications.

“In the last two years, 170 Carleton students in the undergraduate and graduate level have been exposed to these next-generation satellite technologies in a significant way, and this was an eye opener for them,” says Yanikomeroglu. “I am hoping that some of them will pursue a career in this area.” 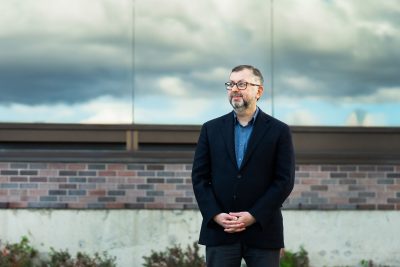 “I’m very proud that Carleton engaged very early on in the consortium,” says Yanikomeroglu. “I’m grateful the university administration saw the value and Carleton became one of the founding members of this national consortium.”

Professor in Systems and Computer Engineering