John Anderson has been awarded a Tier 2 Canada Research Chair designation in Cognition and Wellness.

An Assistant Professor in the Department of Cognitive Science and Psychology, Anderson is also the Director of Carleton’s new Cognition and Neuroscience of Aging Lab (CANAL Lab). His research will focus on how contextual factors and lifelong experiential factors collectively delay age-related cognitive decline.

“I’m hoping to uncover the set of circumstances that enable older adults to have the best possible cognitive ability,” says Anderson.

Research has shown that high levels of education and speaking at least two languages has neuroplastic effects according to Anderson. Add in cardio exercise and eating a nutritious diet, these lifestyle factors can affect inflammation levels and whether the brain promotes growth or breeds a toxic environment. Neuroplasticity is the ability of neural networks in the brain to change through growth and reorganization. 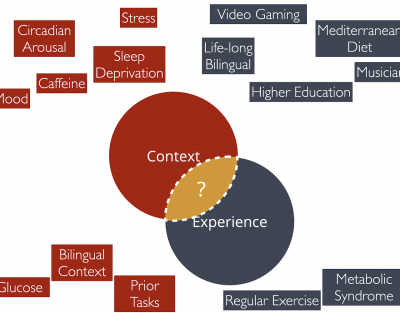 Studying the effects of these contexts and the resulting long-term effects on the brain of older adults will help Anderson define and promote the best set of circumstances for adults to consider utilizing to drive better mental acuity and sustain levels of cognitive reserve for the long haul.

“You’ve probably heard that Alzheimer’s disease builds up over 20 to 30 years, so by the time you get somebody in older age who is coming into the lab, they may be a little bit worried about their memory,” says Anderson.

Tier 2 Canada Research Chairs
Tier 2 Chairs are intended for emerging scholars who have demonstrated particular research creativity and innovation, with the potential to achieve international recognition in their fields, as well as showing a strong commitment to attracting and developing excellent trainees, students and future researchers.

The Government of Canada established its Canada Research Chairs program in 2000.