When the series of revolutionary protests and riots – dubbed the “Arab Spring” – broke out in late 2010, news outlets worldwide were quick to highlight the role of social media in bringing these demonstrations to the world’s attention.

Yet Merlyna Lim, Carleton’s new Canada Research Chair in Digital Media and Global Network Society, says that a more accurate understanding of digital media’s role in revolution comes from resisting hasty labels. Her research instead takes a closer look at how the new format interplays with traditional networking, urban spaces, and activism.

Although Lim has been studying revolutions in academic settings for over 10 years, her interest in revolution is personal. “I have always been interested in technology and activism. I am Indonesian and I was in Indonesia in 1998 as a student at the time of the revolution [against Suharto]. I wasn’t an activist, but like all students, I went to the streets.” That environment had a profound effect on her. An architecture student at the time, she switched to social science, eventually writing her doctoral dissertation on political activism in Indonesia at the University of Twente in the Netherlands.

Another element to have a profound influence was early exposure to the Internet, which allowed Lim to witness the impact of digital media from the beginning. “In 1995-96, not many people had used the Internet, but I had friends who were technical, who were involved in the street but also online,” she recalls. She also realized another affinity that suggested a future as a scholar. “I collect everything. I collected all kinds of conversations, mailing lists,” says Lim. Today her research continues to rely on data gathered from online sources such as Twitter, Facebook, YouTube and blog posts, as well as interviews with activists on the ground.

Lim may be immersed in the digital world, but she frowns on generalizations about its role in revolution. “My research is mostly longitudinal—when I look at revolutionary moments, I look at the trajectory. There’s a reason why some movements transpire and some do not,” she says.

I was in Indonesia in 1998 as a student at the time of the revolution [against Suharto]. I wasn’t an activist, but like all students, I went to the streets. 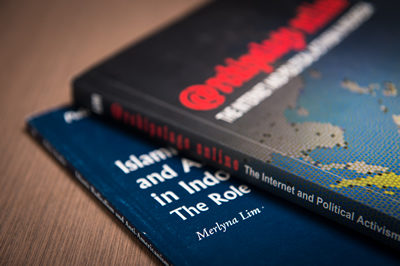 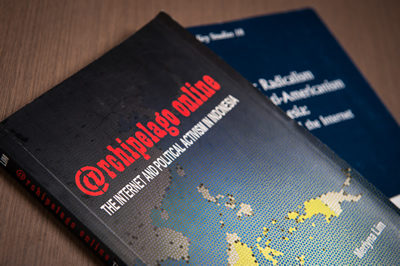 You cannot make a movement in two days or even two weeks with Facebook, so it’s misleading to call them ‘social media movements.” Because in reality all movements—especially revolutionary movements say in Tunisia, Indonesia or Malaysia—these are not movements that happen in weeks or months. It’s a culmination of decades of struggle,” says Lim. She prefers to look at how digital media operates alongside more longstanding networks on the ground. Where social media does have great power is in linking existing groups and movements, and by quickly increasing a revolution’s visibility enough to create a movement without being shut down by the regime.

Throughout her research career, Lim has looked at digital media in a wide range of contexts, including its influence on democracy, identity and religion, and civic spaces. She’s also studied a variety of locales, including Indonesia, Egypt, Syria, Tunisia, Malaysia, and even the Occupy movement. So what interests her today? She says Eastern countries are particularly fascinating because of their higher adoption rate of digital media, population growth, emergent middle class and transition towards democracy.

“I look at India, where suddenly Internet and social media matters to the election: for the first time over 100 million people are online, and over 50 percent of those are first time voters,” she says. Indonesia also continues to hold a strong interest due to its election and strong online presence with 77 million users in a country with only 200 million people.”

You cannot make a movement in two days or even two weeks with Facebook, so it’s misleading to call them ‘social media movements’. 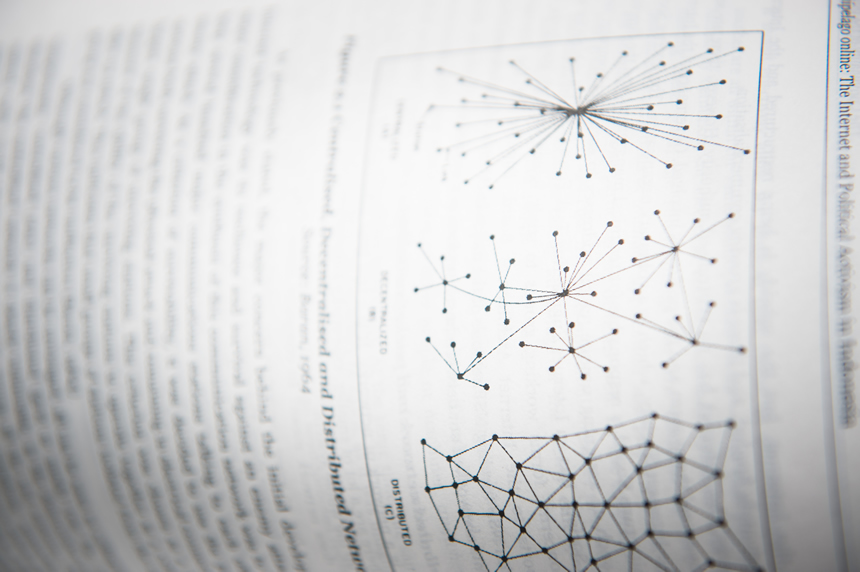