Under cover of darkness, in a remote valley in Afghanistan’s Kandahar province, Canada’s elite special operations soldiers prepared for a raid on a sleeping village. Their mission: to apprehend three men who have been identified as Taliban fighters.

How were they identified? By an informant? A dragnet of cell phone metadata acquired through an ally? By their choice to sport a specific model of Casio watch preferred by suicide bombers? 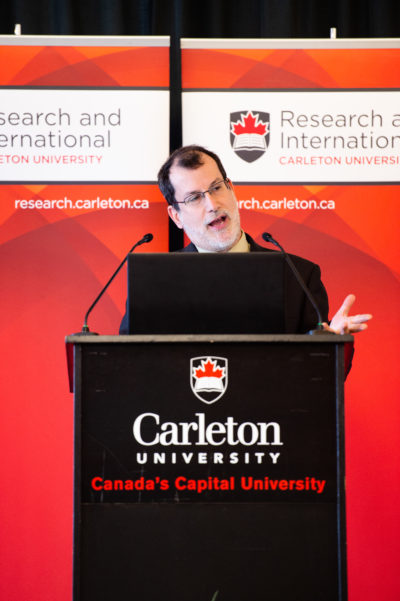 The scenario is hypothetical, but Canadian politicians likely wouldn’t know the answers to that question, even if it were real. Operational secrecy is key to mission success, but in Canada, even the Parliamentarians tasked with overseeing Canada’s armed forces often lack crucial details about military operations and procurement.

Members of the Canadian House of Commons Standing Committee on National Defence do not obtain the security clearances they need to view the highly sensitive national security and intelligence information necessary to provide effective oversight of Canada’s military, says Stephen Saideman, Paterson Chair of International Affairs at the Norman Paterson School of International Affairs.

On Monday April 15, the Office of the Vice-President (Research and International) hosted a research lunch at Richcraft Hall, where Saideman delivered his lecture Are Legislatures Relevant in Democratic Civil-Military Relations? You’d Be Surprised, and Director of the Institute of Cognitive Science Jo-Anne LeFevre shared preliminary results of her research on the relationship between immersion programs and math acquisition with Language Learning and Math Achievement.

In Canada, generals do not provide sensitive national security information to Parliamentarians, and Canadians are left essentially in the dark. But not every country is so secretive. “How can you possibly oversee the Canadian Forces if you don’t know what the secret stuff is?” says Saideman.

“The wars of the 21st century — in Afghanistan, Iraq and elsewhere — are being fought by special operations forces, by people covered in extra layers of secret sauce. How do you know what they’re doing, and who is responsible? They don’t really. Parliament has no power.”

The civilian-military relations scholar is researching the effectiveness of military oversight in various jurisdictions, including Brazil, Canada, Chile, Germany, Japan, Korea, Japan, and the United States.

In the U.S., Congressional committees are considerably more empowered than their Canadian counterparts. Not only do members of both the Senate and House Defense Armed Services Committees have the security clearances necessary to review sensitive information, members of their staff do too.

And those committees are free to set their own agendas, something Canadian Parliamentary committees don’t have full ability to do — a point that’s recently been hammered home by the SNC-Lavalin political controversy.

“The U.S. Congress has some unique powers compared to other democracies,” Saideman says. 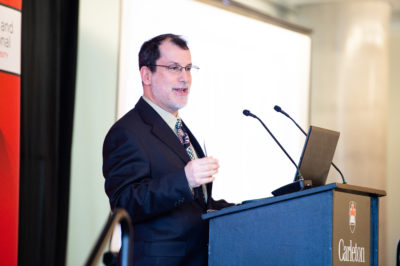 “Committees can move money around in the budget. So, if you anger a particular congressperson, your project may not get funded. They can move around billions of dollars, and that means they matter a great deal to the military.”

Deep-pocketed media giants like the Washington Post and ABC News have the ability to apply greater scrutiny on U.S. operations and procurement, while a lack of party discipline in U.S. politics has historically meant that military officers are forced to answer difficult questions from across the political spectrum.

More oversight isn’t always better. Saideman observes that Germany is hypervigilant in overseeing its military, but that red tape ultimately impacts their ability to operate. But, he argues, robust oversight is crucial for security and stability.

And it’s usually to the politicians’ own benefit. Armed forces can pose existential risks to political careers. Military coups aren’t a major concern here in Canada, but it’s still important that militaries are effective and do what they’re expected to do.

“Militaries that do unexpected things can surprise politicians, and we can see that in 19 years of endless wars in Afghanistan, Iraq, Somalia and Niger,” Saideman says.

“One of the positive outcomes of World War One was the realization that war was too important to be left to the generals. There needs to be civilian oversight.”

Carleton has a number of researchers working in areas such as Saideman’s, particularly in the Infrastructure Protection and International Security program which focuses on critical infrastructure engineering and multi-hazard threat risk assessment. Research in the program spans a broad range of security-related topics, from Dane Rowlands’ work in multilateral financial institutions to Alex Wilner’s examinations of terrorism and violent radicalization. 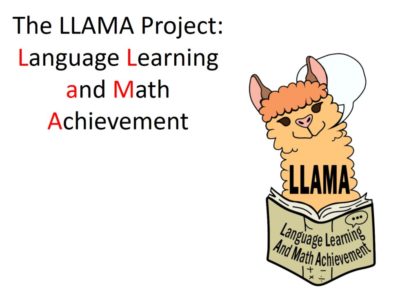 And through her work in mathematical cognition, Jo-Anne LeFevre is helping us understand how to make that future more prosperous through deeper knowledge of how children acquire mathematical language and skills.

Counting to ten might seem like child’s play to you, but learning what numbers represent and how to apply them to real world situations is no mean feat. As children learn, they can confuse higher numbers with greater quantity. For example, a child might think that a sandwich cut into four pieces is more than two halves, even though it is not a greater quantity of food. 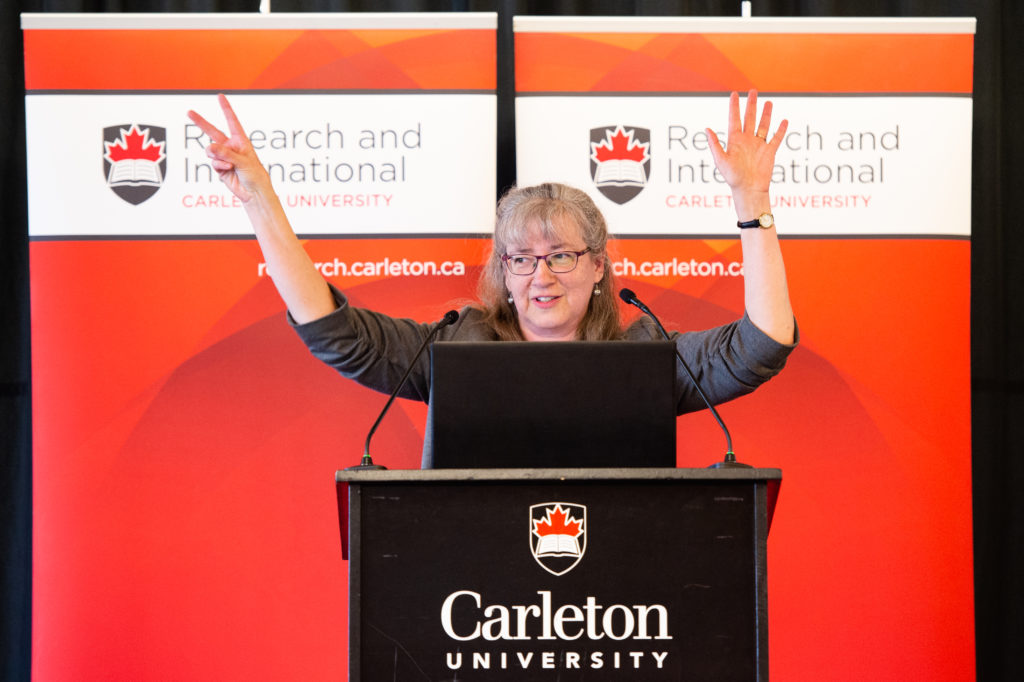 “Initially children have quite a lot of knowledge about quantity,” says LeFevre, who is also a Chancellor’s Professor. “They can compare quantities they know when something is more than something else, but when they start to learn about numbers, you can kind of mess it up. There is a complicated series of processes to count. They have to know the words, and assign them one at a time to the objects that they’re counting. Then, they have to know that when they get to the end, the number that they state represents the quantity of that set of objects. That sounds really simple, but it’s actually quite complicated. It takes children several years to really master the language.”

Language continues to be a factor in math — there are word-based math problems at every level of education. LeFevre’s current research is examining how the language spoken at home impacts children’s acquisition of math skills in grade 2-4 students. The three-year longitudinal study is a collaboration with researchers at Concordia, University of Ottawa and the University of Winnipeg. 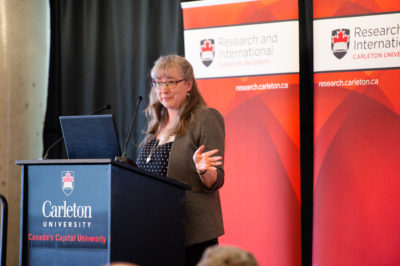 LeFevre has previously identified that children with high linguistic ability tend to perform well in math, and the current study examines students who are learning math in a language other than what they speak at home — in immersion programs in Canada and Northern Ireland.

Preliminary results of the study indicated no differences in children’s math performance for children learning math in their second language, as compared to those studying in their first language.

“It doesn’t line up very well with what teachers think — that the second-language students are struggling,” says LeFevre. “Even though it’s a preliminary finding, we need to understand it better. It could turn out that if you dig into the problem-solving tasks, and look at particular items, the second-language kids could find those more difficult.”

Cognition in children is only one focus of Carleton’s Institute for Cognitive Science. LeFevre’s work is part of a cluster of that’s advancing our knowledge of how people process the world around us. Researchers at at the institute study a broad range of cognition topics, from Ash Asudeh’s use of computational linguistics to better understand language acquisition, to Olessia Jouravlev’s work with hyperlexic people who acquire reading skills very early in life, to work in simulation and modelling by academics like Chris Herdman, whose flight simulator research is helping better understand how human factors like attention impact the performance of pilots. 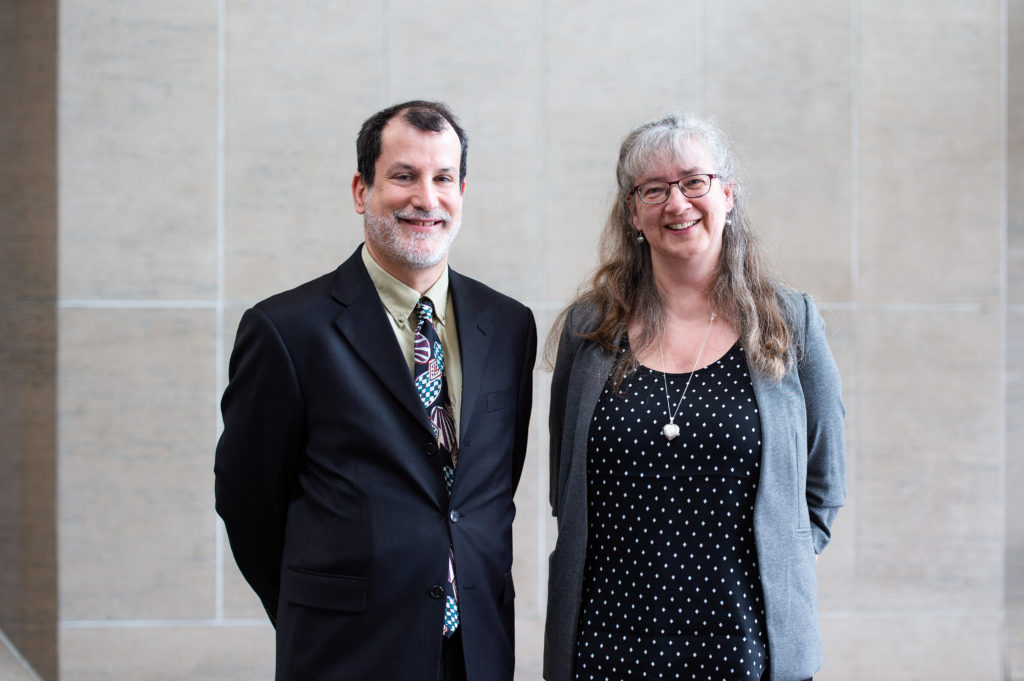