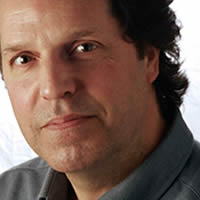 Paul Théberge is a Canada Research Chair in Music and Interdisciplinary Studies and is cross-appointed to the Institute for Comparative Studies in Literature, Art and Culture and to the School for Studies in Art and Culture (Music). He teaches courses on the technologies of culture in the Ph.D. program in Cultural Mediations, on sound in film and television (M.A. program in Film Studies), and on the history of sound recording (Music program).

Prof. Théberge’s research interests include issues relating to music, technology and culture, music and globalization, and the uses of sound in film and television. His book, Any Sound You Can Imagine: Making Music / Consuming Technology (Wesleyan University Press, 1997), is concerned with digital musical instruments, the industries that supply and promote them, and their meaning for the musicians who whose them. It received book awards from the International Association for the Study of Popular Music (US branch, 1998) and from the Society for Ethnomusicology (2000). He has also published a number of book chapters, encyclopedia entries, and articles in journals such as New Formations, Cultural Studies, and the Canadian University Music Review.

Current research projects include a major study of the music industry and its adaptation to the Internet, a study of sound and music in the films of David Cronenberg, and contributions to a collaborative, multidisciplinary research project on “Globalization and Autonomy,” organized at McMaster University.