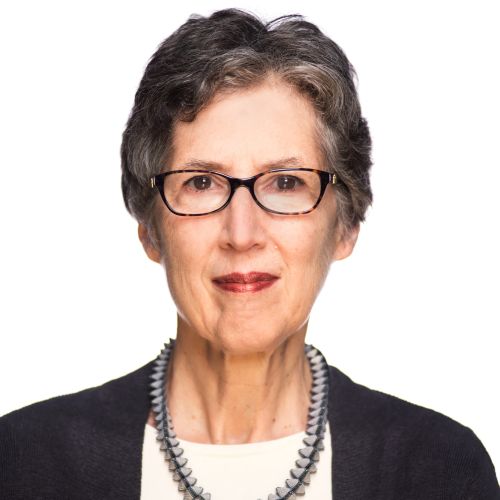 Ruth Phillips received her doctorate in African art history from the School of Oriental and African Art at the University of London in 1979, and wrote her dissertation on the masquerades performed by Mende women in Sierra Leone. As a post-doctoral fellow she extended her research to the indigenous arts of North America. Two curatorial projects in this area, Patterns of Power: The Jasper Grant Collection and Great Lakes Indian Art of the Early Nineteenth Century (1984) and the Northeast component of The Spirit Sings: Artistic Traditions of Canada’s First Peoples (1988) stimulated a further expansion of her research to include the museum representation of non-Western arts.

Phillips began teaching at Carleton in 1979. She is co-author, with Janet Catherine Berlo of the widely used survey text Native North American Art, for the Oxford history of art (revised ed. 2013). Her 1997 book Trading Identities: The Souvenir in Native North American Art from the Northeast, 1700-1900, argued for the authenticity of historical arts made for the curio and souvenir markets and explored the creative innovations and cross-cultural exchanges they embody. Museum Pieces: Toward the Indigenization of Canadian Museums (2011traces the epochal changes in representation and practices following the contestations and postcolonial critiques of the 1980s and 90s and was nominated for the Donner Prize in Public Policy.

In 1997 Phillips was appointed Director of the University of British Columbia Museum of Anthropology in Vancouver where she, museum staff, and three First Nations partner communities developed an innovative plan for renewal and expansion that resulted in a successful application to the Canada Foundation for Innovation, the British Columbia Knowledge Foundation, and UBC for a $41 million grant.

In 2003 Phillips returned to Carleton as a Canada Research Chair in Modern Culture. She co-founded GRASAC, the Great Lakes Research Alliance for the Study of Aboriginal Arts and Cultures. The GRASAC Knowledge Sharing Database, created with funds from the Canada Foundation for Innovation, SSHRC, and Carleton, creates digital access for Indigenous community members, academics and museums to heritage held in repositories around the world. It provides a platform for the co-creation of new, multi-vocal and interdisciplinary research and. was awarded the 2010 Premier’s Discovery Award in the Humanities by the Province of Ontario. With international colleagues, Phillips co-organized the Multiple Modernisms to stimulate research on modernist arts created by Indigenous and colonized peoples during the twentieth century in a global and comparative framework. She has served widely as a consultant to Canadian and international museums, as the president of the Comité International d’Histoire de l’Art, and is a fellow of the Royal Society of Canada. In 2015 Phillips was awarded the Lifetime Achievement Award of the American Anthropological Association’s Council for Museum Anthropology.

Professor Phillips’ page on the Government of Canada website

Ruth Phillips and Team are Creating Access and Understanding for Great Lakes Indigenous Heritage
Europeans and the First Nations of the Great Lakes region have been in contact for more than 400 years. Yet the fascinating and rich collections of art, artifacts and souvenirs that have resulted from these encounters are far less-known than the totem poles or Inukshuks of the Northwest Coast and the Arctic…Full Story (PDF)