On its most fundamental level, nature has a kind of symmetry. In the Standard Model of particle physics, there are twelve elementary particles. All of them are infinitesimally small, and each of them has an associated antiparticle that carries an opposite charge. The antiparticle of a negatively charged electron is a positively charged positron, and for every flavour of quark, there is an anti-quark. 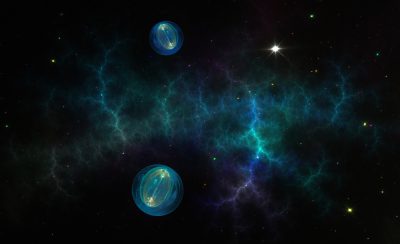 But tiny neutrinos have no charge of their own, and in 1937, the Italian physicist Ettore Majorana published a paper that proposed that neutrinos could be their own antiparticle. A year later, he mysteriously vanished at sea, and subsequent generations of physicists were left to prove the existence of what became known as a Majorana particle.

Researchers at Carleton are part of an international collaboration that is seeking to do exactly that. Between 2011 and 2018, the Enriched Xenon Observatory (EXO) experiment monitored 200 kg of the radioactive isotope xenon-136 for signs of neutrinoless double beta decay. It’s a type of radioactive decay that is outside of the Standard Model, and an observation would demonstrate that neutrinos are Majorana particles.

EXO learned a lot, but didn’t identify neutrinoless double beta decay. Now, the international team of physicists is continuing its search through a new experiment called nEXO – short for ‘next EXO’. The new experiment has been awarded conditional funding from the Canada Foundation for Innovation, and will be larger and more sensitive than its predecessor. 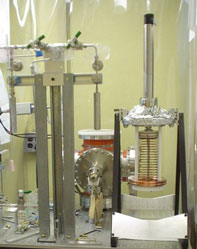 Still, nEXO will be relatively compact. The experiment will take place deep underground, inside of a copper cylinder that is 1.1 metre in diameter, 90% filled with xenon-136, and cooled to a brisk -110°C.  The isotope is radioactive, but it decays extremely slowly. It has a half-life that is longer than the age of the universe itself, so observing any kind of radioactive decay in xenon-136 is an exceedingly rare event. nEXO is only expected to observe a few decaying atoms each year.

But there are only a few isotopes in which double beta decay can be observed at all, and xenon-136 is among the most readily available.  In the ordinary double beta decay that is known to occur, two neutrons in an atom’s nucleus become protons, and the atom emits two electrons and two neutrinos. But if neutrinos can be their own antiparticles, then this process could take place without shedding neutrinos at all.

That’s what the research collaboration is looking for. Confirming the existence of neutrinoless double beta decay wouldn’t only demonstrate that neutrinos are their own antiparticles, it could help establish the absolute mass of these particles. It is known that neutrinos have mass, but it has not yet been measured in absolute terms.

“A positive discovery would be definite proof of physics beyond the Standard Model,” says Razvan Gornea, an Associate Professor of Experimental Physics who is leading Carleton’s contribution to a Canadian contingent that also includes researchers from the University of British Columbia, Laurentian University, McGill, Université de Sherbrooke and TRIUMF, Canada’s particle accelerator centre.

“It would show that neutrinos can be matter and not matter at the same time, and could explain the balance of matter and anti-matter in the universe. This is something very novel. It’s new physics.”

Like its predecessor, nEXO will be a time projection chamber. This means that it incorporates slates of sensors that will monitor for both the charge of the electrons shed during decay, and the scintillation light emitted by the xenon. The data they collect will be used to digitally reconstruct each decay event.

“If you do not detect both the light and the charge, you lose important information. You can’t know if it is normal double beta decay or not,” says Gornea.

The new detector owes its higher degree of sensitivity to innovative sensors. nEXO will use vacuum ultraviolet sensitive technology that is capable of detecting a single particle of light, and the technology will also help improve performance in the extreme temperatures that are needed to keep xenon-136 in a liquid state. Light sensors from multiple vendors are currently being evaluated, including a Canadian technology developed in Sherbrooke.

“When a sensor detects a particle of light, an electrical pulse travels through a wire to the data acquisition system, where we gather data from the whole detector to make sense of how many photons were detected,” says Simon Viel, an Assistant Professor of Experimental Physics at Carleton.

“What is innovative about this Canadian technology is that it converts light to a digital signal on the chip itself. This is expected to improve our timing and position resolution, reduce noise, and help make observations in a low-power environment. We don’t want the liquid xenon to start bubbling because there is too much heat coming from the sensors. We also hope that this advanced light-detection system will have applications in medical imaging.”

Welcome to the DarkSide: Canada Foundation for Innovation funding enables upgrades to Carleton-led projects in the search for dark matter