A drone hovers above the treetops to capture the endless sweep of a seemingly pristine forest – a sylvan sea that’s home to creatures great and small. It’s the kind of scene that’s at the centre of BBC nature documentaries, but are large, contiguous conservation areas like this actually the best way to conserve biodiversity?

For decades, there has been an orthodoxy in conservation biology – large, contiguous tracts of land are better for biodiversity than multiple, smaller parcels that add up to the same size. But that assumption relies on logic, and not evidence.

“My research has shown that it is not actually true,” says Dr. Lenore Fahrig, a Chancellor’s Professor of Biology at Carleton University.

Fahrig has earned a Guggenheim Fellowship to conduct an evidence-driven study of biodiversity conservation in fragmented habitats. It’s funded by the John Simon Guggenheim Foundation, each year, which annually awards fellowships to approximately 175 scholars who have demonstrated exceptional capacity for productive scholarship or creative ability in the arts. 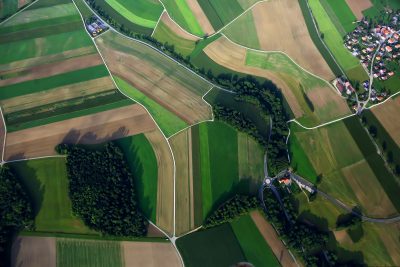 “You can conserve as much biodiversity with 10 small blocks of land as you can in one large one, as long as you are protecting the same amount of habitat. I have had a fair bit of pushback from other researchers on this, but it is just what the research seems to show.”

The contiguous land orthodoxy dates back to the 1970s, and one of the main arguments for it goes like this: some species prefer the interior part of a habitat. They seem to thrive on the forest floor, where it’s dark and humid. These species will not be as abundant on the edges of the forest, where it is lighter and drier. And if you have ten small pieces of forest, there is a lot more edge and a lot less interior than there is in one large, contiguous area.

“But that has not been directly tested, it is an extrapolation from observing where some species occur to a prediction that you should have more of them in one large patch of land than multiple small ones,” says Fahrig. 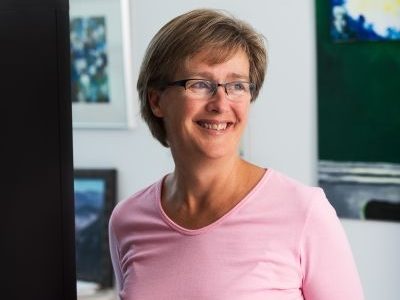 “But when you move up to that scale, you are moving from a small-scale observation to a large-scale prediction. When you do that, there are other things can affect the outcome. This extrapolation has not really been tested, and that is what I am going to do.”

With her Guggenheim Fellowship, Fahrig will systematically gather evidence on the abundance of plants and animals along transects that begin at the edges of forests, and move toward the interior. She will then study whether those species are more abundant in landscapes with a few large patches of forest and those with many small forest patches, to see whether the data from transects can predict the data from landscapes.

“The implications of this are huge. Some threatened species are big, charismatic animals. But there are more threatened fungi, lichens, insects, and plants. There is this idea out there that there is no point in conserving little patches of land where many of these threatened species live,” says Fahrig.

“Yet if these small patches of land are actually equally valuable when they are all added together, that means we should really be putting more effort on conservation in densely populated places. In places like southern Ontario, we end up with a lot of little bits of habitat left, and when we think of each one of these as unimportant, we end up focusing conservation efforts elsewhere. Often these are places where few people live – and different species live in those places than live in southern Ontario.”

“People often have a real attachment to a small natural area near where they live, there is an opportunity to show people that it is worth it for a community group to work to protect a little wetland or a patch of forest, because it does actually add up to biodiversity conservation in the big picture. It would be empowering for those efforts to know that.”

From crops to roadkill: Lenore Fahrig aims to reduce human impact on biodiversity