Lenore Fahrig, Chancellor’s Professor in the Department of Biology is one of the most cited researchers in the field of ecology. Her 2003 Effects of Habitat Fragmentation on Biodiversity paper is the most cited paper on habitat fragmentation in the world, with over 7500 citations noted on Google Scholar at the time of writing. It’s no wonder then that she made the Web of Science Group’s list of top one per cent Highly Cited Researchers by citations over the past decade.

“How to define habitat fragmentation is a complicated question and it’s actually the reason why I have become a person of note in that field; what I have tried to do is clarify that,” says Fahrig.  It’s a subject she has written about for decades, regularly scanning the literature for new findings.

So what is this habitat fragmentation niche that Fahrig has carved for herself?

Her ideas and research build on and challenge an idea that dates back to 1975 when UCLA Professor of Geology Jared Diamond presented a diagram where the left side represented the ‘better’ option, with one big patch of land depicted. The right side represented what Diamond deemed ‘worse’ for biodiversity – four smaller patches of land totalling the same area as the one big one.

In 1982 the International Union for Nature Conversation repeated this idea in a document, Fahrig explains, that became a widely used guide for biodiversity conservation internationally.

Yet Fahrig’s research shows that bigger isn’t always better. At least not when it comes to habitat fragmentation.

In research findings presented in her 2003 paper, Fahrig “combed through to find any evidence for or against the idea that habitat fragmentation itself affects wildlife, independent of the loss of habitat. I looked at just the number of patches independent of the amount of habitat, whether that would increase or decrease species, the numbers or abundance of wildlife populations, or population occurrences.”

Fahrig concluded that “there was usually no effect of fragmentation itself and what had been attributed to habitat fragmentation were actually effects of habitat loss.”

The mentality that a patch of habitat is too small to worth saving is concerning, as in her opinion, it has the same value as that same area of land within a large patch. Despite the extensive research she’s completed, the ideas laid out in the 1982 document remain “quite entrenched in policy documents, although people are beginning to realize that small areas do contribute to conservation,” says Fahrig. 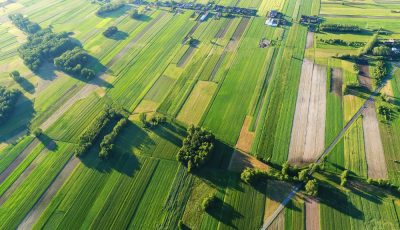 But this doesn’t mean we can start chopping up the Serengeti or the Amazon, as Fahrig was asked at a recent conference, as “this would result in loss of habitat”.

“What the research says is that small patches of habitat, when accumulated, are very valuable to biodiversity conservation. That’s the big message from this research,” says Fahrig.

In areas such as southern Ontario for example, small patches of habitat in wetlands, swamps and even small patches of forest are home to at-risk species. “It’s an area where the accumulation of small-scale efforts will result in large impact,” she says.

In 2017 Fahrig published an update to her 2003 research paper. Fourteen years after the initial publication she had “10 times more studies to review and found that at least 70 per cent of time, there were no effects of fragmentation. Rather, it’s all about the amount of habitat loss.”

In fact, “when there are effects of fragmentation, separate from the loss of habitat, 75 per cent of the time they are positive effects. This includes more species, higher abundance of populations, higher occurrence of species if you have 10 small patches versus 2 large patches when total area is the same,” she says.

And that means that small-scale conservation efforts are worthwhile in biodiversity efforts. But this is controversial because people confuse two things – the loss of habitat and habitat fragmentation, Fahrig notes.

Fahrig explains that habitat loss happens when natural habitat is removed for reasons that may relate, but are not limited to, agricultural expansion, forestry, or urbanization. Habitat fragmentation can happen during habitat loss; however fragmentation is the process of breaking apart of habitat into, what Fahrig calls, “multiple patches”.

Cities are growing and Fahrig recognizes it’s better to have denser populations on one patch of land, saving other patches, than urban sprawl. The trend in agriculture is to expand crop fields eliminating natural habitats where birds, plants, butterflies, and wildlife species abound. Climate change is underway and natural habitats are shrinking.

As Fahrig says, “We know that the loss of habitat is the biggest impact on biodiversity in the world.”

The Web of Science Group recently recognized Carleton’s Steven Cooke, Lenore Fahrig and Richard Yu as some of the world’s most cited researchers in 2020 on its Highly Cited Researchers list.