Hand tremors and slowed speech are obvious signs of Parkinson’s disease, but long before these motor symptoms manifest, many people with this neurodegenerative condition experience hyposmia—a reduced sense of smell.

“We already have a good idea of what neuronal systems are involved in the presentation of motor symptoms; it is the degeneration of dopaminergic neurons,” says Carleton University Associate Professor of Neuroscience Natalina Salmaso.

“But by the time people show symptoms like tremors, these neurons have been dying for years, and the majority have already been lost. The question is, how can we intervene earlier to prevent the death of these cells? We want to know what triggers this, and explore whether there could be ways to intervene earlier and stop the progression of the disease.”

Parkinson’s disease is caused most likely by some combination of genetic risk factors and environmental triggers, but it is not known precisely what causes the disease to develop. However, the relatively early appearance of symptoms like hyposmia suggests that it could begin in the olfactory system.

Through the Aligning Science Across Parkinson’s (ASAP) initiative, Salmaso has been awarded a $278,000 grant to probe the role that is played by a type of brain cell called a glial cell. It is one part of a three-year, USD $9 million-grant from ASAP, a co-ordinated research initiative to advance targeted basic research for Parkinson’s disease. The Michael J. Fox Foundation for Parkinson’s Research is ASAP’s implementation partner and issued the grant. 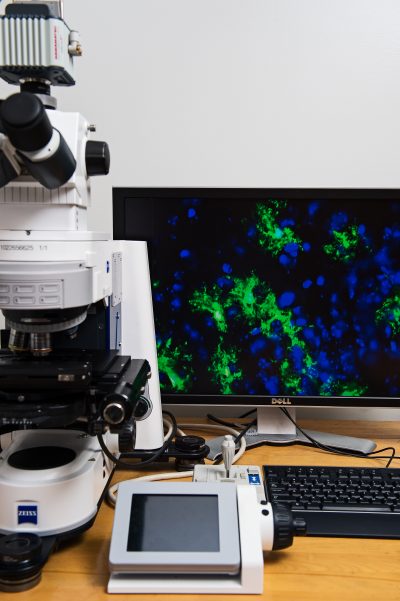 Salmaso is particularly interested in a type of glial cell called an astrocyte. These abundant brain cells support the function of neurons and control permeability of the blood–brain barrier.

“But astrocytes often play a similar role no matter where they are in the brain. They bring nutrients to neurons, take away bad things, and connect directly to the bloodstream.”

The circuitry of the olfactory system extends in to the nasal cavity, and neurons that are outside of the brain could be exposed to harmful microbes like viruses. The interaction between microbes and neurons in the nasal cavity could be a site where Parkinson’s begins to develop. And because of the supporting role that astrocytes have, they could play a role in propagating these harmful interactions.  First within the olfactory system, and later in to other parts of the brain.

“Exposure to viruses might be involved in early changes in the olfactory tract. Any place where something that happens outside the brain is linked in to the brain is a place of vulnerability. Those downstream changes could contribute to the development of Parkinson’s disease,” says Salmaso.

All of this is more likely to occur in older people. The average age of diagnosis for Parkinson’s disease is 60. Astrocyte function decreases with age, and it is possible that improving it could help slow the progression of the disease.

“In animal models, we are able to stimulate astrocytes using a technique called optogenetics. This makes them electrically active, and they release all sorts of good growth factors. This can stop neurodegeneration and save cells from dying,” says Salmaso.

“We are trying to identify what molecules are involved in this process, so that a drug could be developed to mimic the effect. Some of the psychiatric drugs we already use also probably improve astrocyte function, but this has not been characterized enough yet.”

Salmaso is looking forward to making a contribution to an international collaboration that she hopes will improve our knowledge of Parkinson’s disease and move us closer to developing effective treatments for the disease.

“This will be one of our first studies related to Parkinson’s, and it is only one part of an enormous project. There are research teams in Canada, the United States, and Europe. We feel very lucky to be a part of it, and to bring our little piece to it as well.” 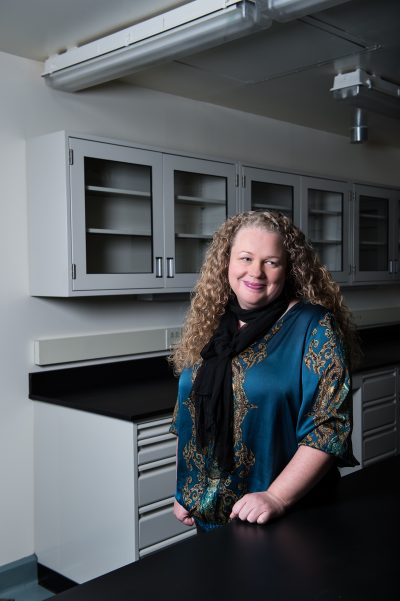