Carleton’s Fraser Taylor Named to the Order of Canada

Carleton University Chancellor’s Distinguished Research Professor D.R. Fraser Taylor has been named as an Officer of the Order of Canada.

“The award of the Order of Canada is a welcome and unexpected honour, and one of the highlights of my career,” says Taylor.

Recognized internationally as a leading figure in the field of cartography, Taylor is the Chancellor’s Distinguished Research Professor of International Affairs, Geography and Environmental Studies and the Director of the Geomatics and Cartographic Research Centre at Carleton University. He is a recipient of many awards, notably the Killam Prize for the Social Sciences—Canada’s highest academic honour (2014), the Carl Mannerfelt Gold Award—the International Cartographic Association’s most prestigious acknowledgement and first presentation to a Canadian (2013), and the 3M/Royal Canadian Geographic Society Award for Environmental Innovation (2012).

“On behalf of Carleton University, I am extremely proud to congratulate Fraser Taylor on receiving the Order of Canada,” says Rafik Goubran, vice-president (Research and International). “This well-deserved honour emphasizes Fraser’s storied career as a true pioneer of the cybercartography field.”

A trailblazer in the use of the computer in cartography and in the creation of digital atlases, Taylor introduced the concept of cybercartography. With a strong background in international development, Taylor supported the use of geographical information processing, cartography and cybercartography with local communities, governments and academic institutions across Canada as well as Africa, India, Denmark, Norway, China, Mexico and Brazil. He has also worked extensively with Indigenous communities in the creation of cybercartographic atlases dealing with traditional and local knowledge.

“Cybercartography is a concept I introduced in 1997,” says Taylor. “It is a technique that uses all five senses. My basic argument is, if we, as human beings, experience our surroundings using sight, sound, taste, smell and touch, why can’t we produce maps using all these senses? What we are now doing is creating a method, a framework, in which this information can sit.

“I value ideas that come from local people as they provide an important insight into reality. I pursued research that allowed me to get to the grassroots of the problem, as opposed to looking at things from the top down. Very early on, I got involved with computer mapping because they promise the possibility of stacking variables on top of each other and finding the relationship between and among variables.” 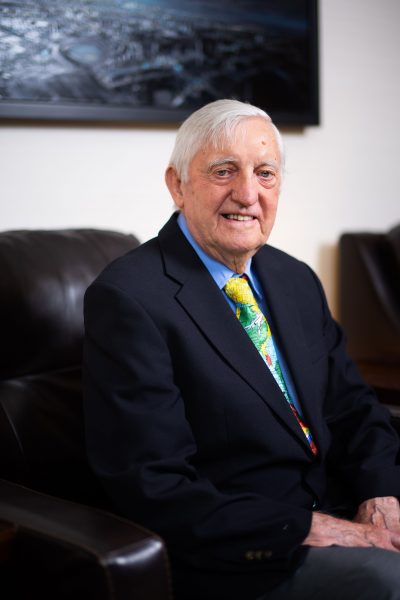 In 1969, Taylor produced the world’s first thematic computer atlas named The Computer Atlas of Ottawa-Hull. He has worked at Carleton University since July, 1966.

Order of Canada
Established in 1967 by Queen Elizabeth, the Order of Canada is the pillar of the Canadian honours system. Becoming an Officer recognizes national service or achievement. Taylor will be invested by Gov. Gen. Mary Simon at a ceremony to be held in early 2022.