Hack At Your Own Risk: Research Explores How Governments, Organizations, Citizens Can Deter Cyber Attacks

Deterrence theory is technically very simple: a defender needs to convince an aggressor that either the costs of engagement are too high, or its benefits are too low. When it comes to deterring cyberattacks and hackers, however, the issue becomes more complicated.

“It isn’t easy given the scope of cyberspace, the number of different actors engaged within it and the range of targets available to malicious actors,” says Carleton international affairs Prof. Alex Wilner. “But it is doable and worth expanding upon.”

Cyber deterrence can entail threatening to punish aggressors in both cyber and physical space with retaliation (a process called deterrence by punishment), denying aggressors easy access to digital networks and defending against intrusions (deterrence by denial) and, possibly, expanding the norms of cyber engagement to make certain cyberattacks less inviting (deterrence by delegitimization).

These forms of deterrence are at the forefront of Wilner’s research, which has effectively shaped the international discipline in the 21st century. Cyber deterrence has been studied in earnest for a decade, although some scholars were exploring the subject as early as the 1990s. The exponential expansion of the Internet and of online discourse in everyday life has assured an increase in cyber deterrence research.

Major grants recently received from SSHRC, Mitacs, the Department of National Defence’s IDEaS program and now Ontario’s ERA program have allowed Wilner to build a student-led research team on deterrence theory at Carleton. Over a dozen MA and PhD students are trained in qualitative approaches such as interview data collection and analysis, they help develop and test different aspects of deterrence theory and they join Wilner as co-authors and co-presenters in academic research.

“Truthfully, I learn as much from my students as I hope they do from me,” he says.

Wilner, who teaches in the Norman Paterson School of International Affairs, first became interested in deterrence theory after al-Qaeda’s Sept. 11 attacks on the United States in 2001. Soon after, high-level U.S. officials began to suggest that deterrence theory was no longer viable to counter terrorist organizations that operated across multiple international borders. This line of reasoning intrigued Wilner, then a graduate student of political science at Dalhousie University. 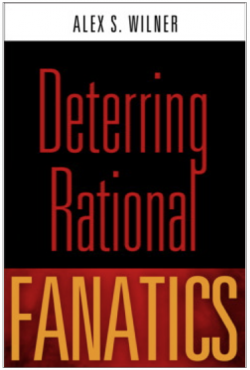 “I expanded the notion of deterrence theory to better fit the particularities of terrorism,” he says. “As the title of my book, Deterring Rational Fanatics suggests, I found evidence that non-state violence could be deterred under certain conditions.”

Since his 2015 book, Wilner has conducted award-winning research that adapts deterrence theory to emerging security challenges. His current project From Cybersecurity to Cyber Deterrence: Lessons for Non-state and Sub-state Actors is funded by the Early Research Award (ERA) program. It asks a simple but fundamental question: can deterrence theory be used to defend any organization, or anyone, from malicious cyberattacks? 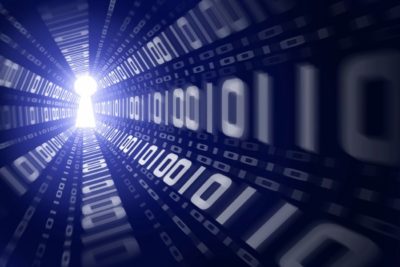 State actors like nations and militaries are the traditional users of deterrence. In cyberspace, however, non-state actors — provincial governments, municipalities, NGOs, private sector companies and individuals — should also be able to deter some forms of aggression.

“The forms of deterrence these disparate groups and actors will use in cyberspace will differ, obviously, but the end result should be the same: a combination of different types of punishments and denials should deter a range of unwanted and malicious cyber behaviour.”

Cybersecurity is as essential to the World Health Organization as it is to an online shop owner. In all developed countries, cybersecurity underpins everything from governance to public safety and personal welfare. Wilner’s project hopes to show how cyber deterrence can work beyond interstate relations and inform the cybersecurity of Ontario and all Canadians.