The Global Media & Internet Concentration Project (GMICP) will hold its inaugural conference at the Carleton Dominion-Chalmers Centre on August 18 and 19, 2022.

The $2.5-million project funded by the Social Sciences and Humanities Research Council was launched in 2021 and is spearheaded by Dwayne Winseck, a Professor in the School of Journalism and Communication, with a cross-appointment at the Institute of Political Economy. The GMICP is born of a simple but hotly-debated question: have the media and internet industries become more or less concentrated over time? That question also serves to open a sweeping, international comparative study of the historical development and contemporary state of the communications, internet and media in close to 40 countries between 1984 and 2027.

The project comprises 54 academics hailing from 40 universities around the world, including India, New Zealand, China, Argentina, Brazil, Mexico and the Czech Republic. It also includes a dozen external partners, including UNESCO, the International Institute of Communication and the Department of Canadian Heritage. The keynote speaker will be Imperial College Business School Professor Tommaso Valletti who was the former Chief Competition Economist of the European Commission.

Most of the GMICP participants will join the hybrid conference in Ottawa, where three themes will be in the spotlight: comparative perspectives on the state of the media and internet industries within select countries; the state of global internet giants such as Alphabet (Google), Meta (Facebook), Apple, Amazon, Netflix and TikTok in national and regional media markets; and the response of policy-makers within countries and around the world to these trends. 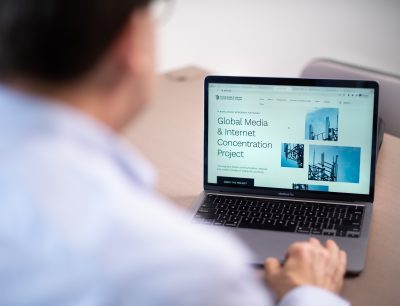 “We’ll examine these global internet giants’ place in Canada and other countries, their share of revenues and how they rank alongside domestic media giants,” says Winseck of what the panelists will discuss at the conference. “There’s this naive impression that in every single market or country, Google, Amazon and Apple dominate. In some cases, this is true but while they have carved out a big place for themselves in a relatively short period of time, we desperately need a clearer sense of their scale, scope and clout within specific countries and worldwide.

“You can add up all the advertising and media-related revenue that Google, Amazon, Apple, Facebook, Microsoft and Netflix obtain from their operations in Canada, for example, but they do not amount to even half of what Bell Canada rakes in single-handedly in this country.”

In other words, while Google and Amazon are major global players with sky-high market capitalizations, they do not dwarf national communications and media giants within the countries they operate.

“The internet giants undoubtedly loom large but an exaggerated sense of their omnipotence is skewing the policy agenda in ways that are very favourable to the largest domestic communications and media conglomerates,” says Winseck. “This is also deflecting attention from other, equally pressing issues.”

To illustrate this point, Winseck points to the steady criticism over Google, Netflix and Facebook in Canada in recent years, while Rogers’ bid to take over Shaw—the sixth largest merger in this country’s history—has hardly raised an eyebrow, at least until very recently.

In this first year, Winseck has been mostly consumed with organizing this large-scale research project. He praises Carleton’s Office of the Vice-President (Reseach and International) and Financial Services for putting the administrative foundations in place so that the projects’ researchers from around the world can get to work.

Those researchers, Winseck says, bring together a track-record of expertise from several disciplines and a willingness to engage public debate and public policy on these issues in an open-minded and independent manner. “One of our key goals is to make all of our data, published papers, reports, policy briefs and op-eds as accessible as possible through an open access repository (Dataverse) housed at Carleton and via the project’s website,” says Winseck.

Currently, Winseck and his team are working to create a shared method for collecting and analyzing information across the many media sectors and countries that make up the project. For example, how can investment in television and film production as well as online video services be measured in countries as different as China, Canada and the Czech Republic? How can the major investments placed by big tech companies such as Google, Apple, Netflix, and Amazon be accounted for in recent years?

“With digital games and mobile applications, for instance, how do you measure use and the amount of revenue from subscriptions to paid downloads that’s going to work in 40 countries?” says Winseck. “This is an issue across digital media and good quality data on them is notoriously difficult to come by.”

According to Winseck this is important as an entire new generation of internet and digital media regulations is coming, such as the Online Streaming Act and the Online News Act. Similar measures are being taken up around the world.

“The amount of dubious data and canned talking points put forth by lobbyists, think tanks and hired guns that is flooding the marketplace is something to behold,” says Winseck. “We need better—much better—given that decisions made about our communications landscape today will likely be locked in place for decades to come. That’s why this project—and its inaugural conference—are so important.” 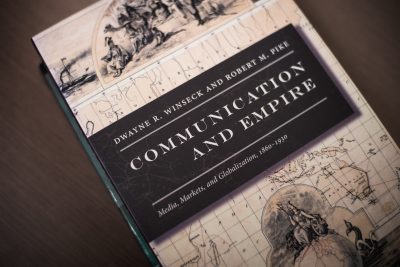 Professor, School of Journalism and Communication