To meet Canada’s goal of reducing methane emissions by at least 40 per cent by 2025, federal and provincial governments are rolling out regulations to fix methane leaks on oil and gas facility equipment. A big challenge, however, is to know exactly which equipment is leaking the invisible gas.

A promising solution lies in a new laser-based monitoring tool developed by Bridger Photonics Inc., that Mechanical and Aerospace Engineering Prof. Matthew Johnson and his Energy & Emissions Research Lab (EERL) team have been testing and applying in the field.

In August 2019, Johnson was invited by the British Columbia government to analyze data from an initial aerial survey of 167 oil and gas sites in northern British Columbia.

Recognizing the opportunity, Johnson’s EERL team focussed their efforts and mobilized a team of eight to northern B.C. a few weeks later to participate in the survey, deploying wind sensors and blinded controlled methane releases to better understand and quantitatively evaluate the capabilities of the airborne measurement system. 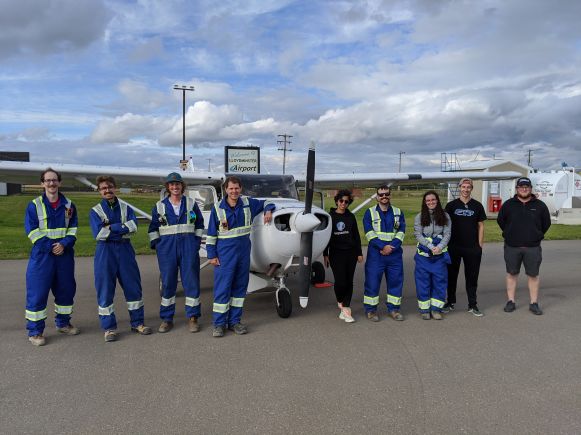 Their findings, published in the journal Remote Sensing of Environment, suggest that Bridger’s Gas Mapping LiDAR™ (GML) has the potential to transform the ways in which the oil and gas sectors measure and mitigate their emissions.

According to EERL’s blinded assessment and independent evaluation, this new device can detect, quantify and mitigate invisible methane sources with extremely high accuracy.

“You can actually see within facilities at a two-metre resolution and get a sense of where the methane is coming from,” says Johnson. “This changes everything and allows us to rethink how inventories are developed, how regulations are designed, and ultimately how methane is kept out of the air.”

During the five-day aerial survey, a single-propeller airplane equipped with the GML technology took airborne measurements at the active oil and gas facilities in northern B.C. Simultaneously, the EERL ground team led by research associate David Tyner drove to 48 unique sites beneath the plane and deployed wind sensors to evaluate the tech’s sensitivity to wind. 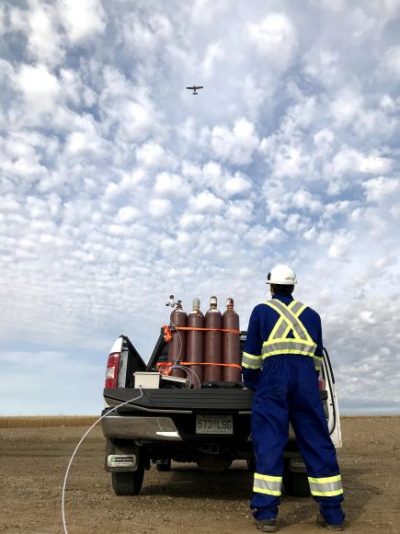 This provided a true, blinded assessment of the sensitivity of the Bridger technology and its ability to find sources without knowing where to look. It also allowed the researchers to derive a detection sensitivity limit as a function of wind speed.

These findings offer insight into the current, real-world performance of the technology and suggest its future utility. Not only can GML technology measure and verify if individual sites are meeting regulatory requirements, it can also ensure that methane inventories are as accurate as possible, which ensures that regulations will be as effective as possible.

This isn’t Johnson’s first airborne study of methane gas emissions. In 2016, he and Tyner published a study in Environmental Science & Technology that used airborne emissions measurement technology in Lloydminster, Alta.

That technology gave a sense of the total magnitude of methane coming from facilities in oil production zones in Alberta and suggested that emissions were higher than official government estimates. 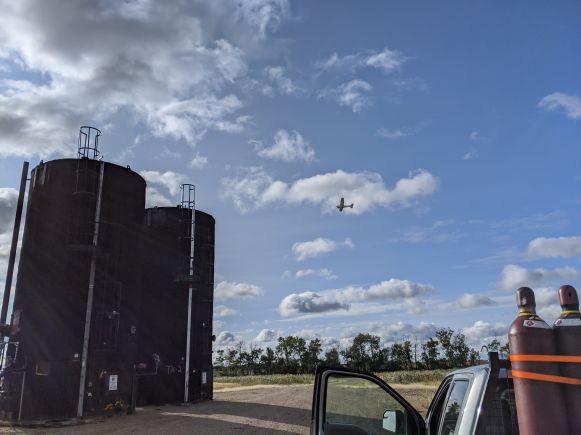 In September 2020, the EERL team began a larger effort with Bridger Photonics and to date have completed surveys of 2,500 distinct oil and gas facilities in four distinct regions of Saskatchewan.

Ultimately, this work with LiDAR-based measurement technology aims to help governments make better decisions and to help operators find and fix their methane emission sources. Because, as Johnson says, “You can’t reduce what you can’t measure.”