Canada’s residential sector accounts for nearly a fifth of the nation’s energy use, and the majority of that energy is used to heat space and water. According to a Natural Resources Canada report on energy efficiency trends, the number of single-occupancy households is increasing, home square footage is growing, and homeowners are using more appliances and cooling more of their living spaces than ever before, resulting in the emission of mega tonnes of greenhouse gas every year. At the same time, Canadians are becoming more energy conscious by turning to higher efficiency systems: more energy efficient water heaters, furnaces, appliances and lighting, as well as improving their homes’ “thermal envelope” with better insulation and windows. 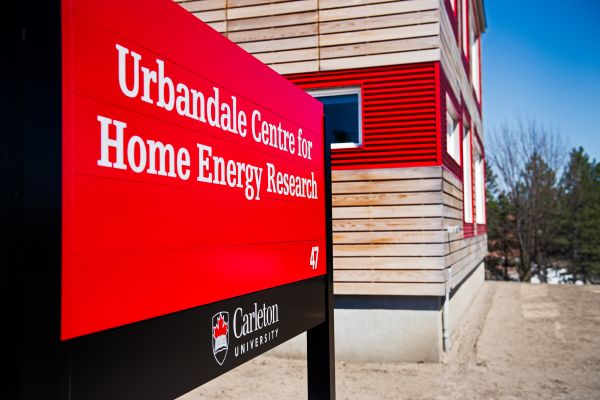 Carleton’s Urbandale Centre for Home Energy Research is already on the bandwagon of environmental awareness in a long-term research-intensive attempt to respond to the growing demand for resource sustainable, energy efficient houses. And its specially designed energy research solar-powered house, perched on a low hill at the sunny north end of Carleton’s campus, is about to officially open for business.

The kind of business the farmhouse-like structure with the steep-pitched solar-panelled roof will conduct is one of discovery and evaluation of new energy-efficient concepts. “We have to change the way we build houses and the way we heat and cool them,” says project lead Ian Beausoleil-Morrison, who is also Canada Research Chair in Innovative Energy Systems for Residential Buildings, specializing in solar energy and alternative cooling research. While admitting it takes years or even decades of research to see results, Beausoleil-Morrison is keen to take studies that are conducted in the laboratory and through computer simulations into full-scale testing mode in the Urbandale solar house.

“There are limits to what we can do in the lab. I hope we can learn something from real applications that will lead us to discover things about the way we do things, the way we use solar energy to service the needs of houses, for example.”

Beausoleil-Morrison prepared the research proposal in 2012, landing $1.5 million in funding from Canada Foundation for Innovation, Ontario Research Fund and various industry partners, including Urbandale. Cynthia Cruickshank, an associate professor in the Department of Mechanical and Aerospace Engineering, and Sheryl Boyle, an associate professor in the Azrieli School of Architecture and Urbanism, have been on board from the start. The three have supervised several graduate students who modeled systems for the 1,600-square-foot two-storey house and will continue to guide students to push the home energy use envelope forward. 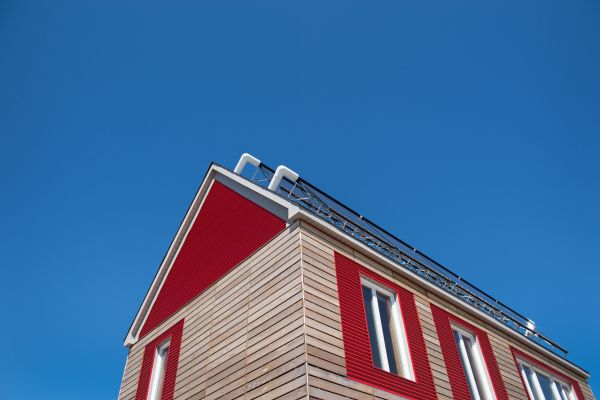 A major project in the house is investigating seasonal thermal storage, or how to store energy collected by the house’s solar panels during the summer and store it for use during the dark winter months. Piping has been installed in a giant insulated underground sandbox to carry heated water into the house to supply most of its hot water and heat. Another system being tested is a cold-climate air-source pump that uses refrigeration technology to extract heat from outside air. Generally ineffective at extremely cold temperatures, the pump in the Carleton project is being pushed to more efficiency by pre-warming the air in buried rock.

“This is a chance for us to explore new concepts that are not yet proven,” says Cruickshank, who became interested in solar thermal applications and energy-efficient buildings during her graduate studies and who now specializes in advanced heating and cooling systems.

“It will appeal to all professors with an interest in sustainable buildings and high-performance systems, and will give students hands-on research experience opportunities for the next 20 to 30 years.” 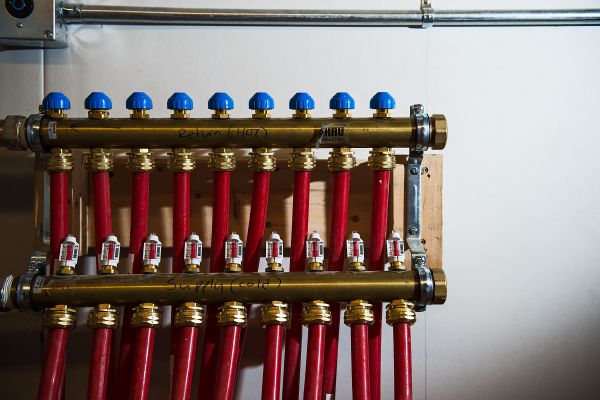 Peter Weiss, general manager for Urbandale Construction, says, “Professionals in our society need support from industry to help rewrite conventional thinking and allow the freedom for conceptual ideas to flourish through experimentation and implementation.”

He believes the research at Carleton’s Urbandale Centre for Home Energy Research “might ultimately provide the housing industry with advanced energy efficient and economical heating and cooling solutions for the everyday home.” 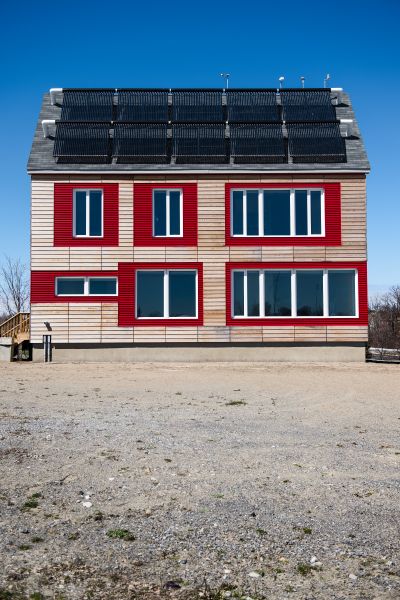 Boyle worked on the concept drawings for the house on her laptop during a bus ride from Montreal. “I worked from an idea of simplicity in form,” she recalls. “The house systems are complex, but it needed to be read as a house, not a machine. Also, the house is built in a way that it can be taken apart,” explains Boyle, who teaches a course in recycling architecture about designing for adaptability and disassembly. 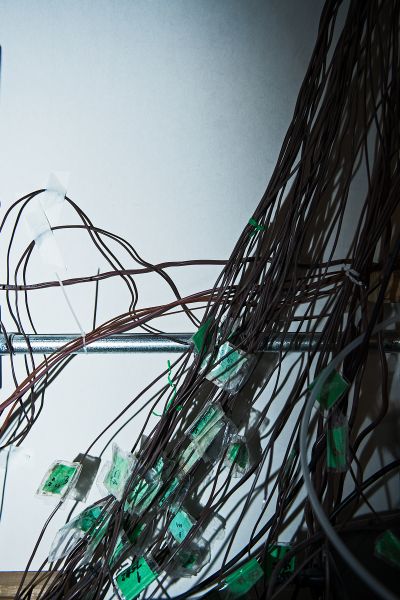 “Most houses are not built to be undone, but due to the ongoing research projects, we conceived of the house as a series of panels, which can be removed to install sensors or add other projects.”

Boyle also speaks to the significance of working with Beausoleil-Morrison and Cruickshank. 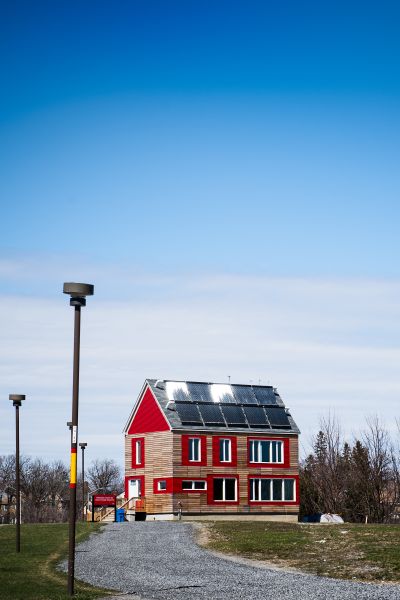 “That kind of interdisciplinarity in a university research project is really important, because we all speak different languages.”

Beyond exposing graduate students to the benefits of multi-disciplinary methods involving architecture, mechanical engineering, civil engineering, home building, thermodynamic cycles and building envelopes, the Urbandale Centre house will be a long-term test bed for innovative concepts that challenge the traditional way houses are designed and built, with a goal to reduce energy use and greenhouse gas emissions in the Canadian residential sector. 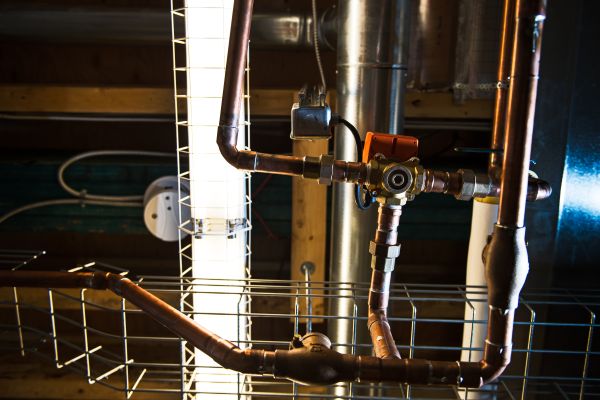