The human pancreas is only about 15 cm long, but within it are about a million tiny islets of hormone-producing cells. Though they are many in number, these islets are tiny – they make up only 2-3% of the volume of the pancreas. Cells within these islets secrete hormones that help us regulate our blood sugar. And when they malfunction, it can cause diabetes. 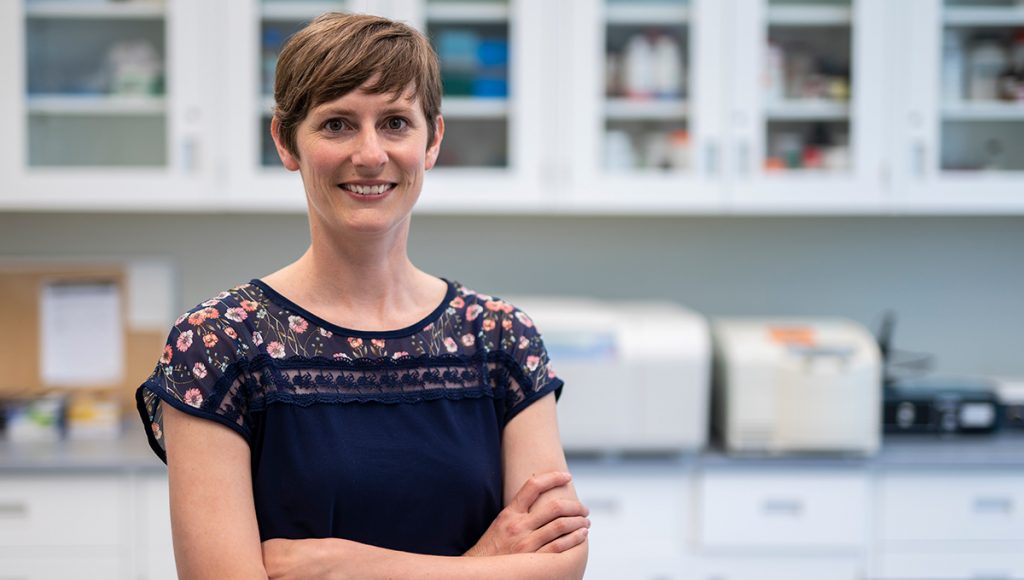 Carleton’s Jenny Bruin is part of a team of researchers that has been awarded a 5-year, $3 million grant from the Canadian Institutes of Health Research (CIHR) and JDRF Canada to develop a novel therapy that transplants insulin-secreting cells derived from stem cells into patients with Type 1 diabetes.

This could reverse the effects of the condition, and help eliminate diabetics’ need for insulin therapy.

“People with Type 1 diabetes lack insulin secreting cells in the pancreas. These are called beta cells, and the immune systems has destroyed them,” says Bruin, an Assistant Professor in the Department of Biology and the Institute of Biochemistry.

“We want to replace them with beta cells derived from pluripotent stem cells. Right now, we can take stem cells part way down the path to becoming beta cells in vitro. When we transplant these cells into mice, the final stages of maturation occur in the mouse over a period of several months. It works really well, but it is kind of like a black box – we don’t know what is happening in the time after the cells are transplanted, but before they start producing insulin and responding to glucose.” 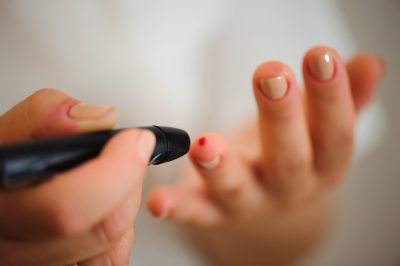 The project brings five principal applicants and two co-researchers, and will use several different techniques to understand factors that could be influencing the cell maturation process. For example, Francis Lynn of the University of British Columbia is conducting a detailed characterization of stem cell-derived beta cells and human beta cells from organ donors to identify differences between the two different types, and Pat MacDonald of the University of Alberta is studying the electrophysiology of these cells – how ions move in and out.

“If we can understand what is functionally missing at a genetic level, then it should be possible to target those gaps, and activate the key pathways that are missing,” says Bruin.

Transplants of stem cells into human patients are currently being tested for safety, but the ultimate aim is to be able to transform stem cells into fully functional beta cells in a dish. 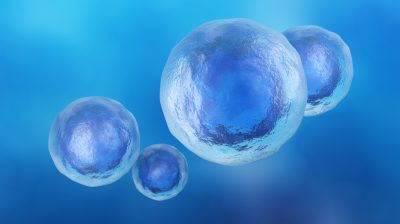 “Some think it could be sufficient to transplant cells that are secreting insulin, but not yet fully functional. And it might be, but the environment that the cells are being transplanted into is hugely variable. There is a lot of room for environmental factors to throw off the process inside a human,” says Bruin.

Bruin’s role in the project is to identify how common contaminants and pollutants could be affecting the maturation process.

“When we grow these cells in a dish, it is a very controlled environment. We control every step, and every component of the media that they are in. But when we transplant them into a patient, the environment is completely uncontrolled. We know that people across Canada are exposed to all kinds of environmental pollutants, and we can measure those in their blood and their tissues,” says Bruin.

“My lab is interested in how these contaminants are influencing beta cell function, not just in transplanted cells, but also in our pancreas. That environmental exposure might potentially influence the function of beta cells, and our ability to successfully transplant stem cells.”

This has implications for the new stem cell transplantation technique, but also for our understanding of diabetes more broadly. 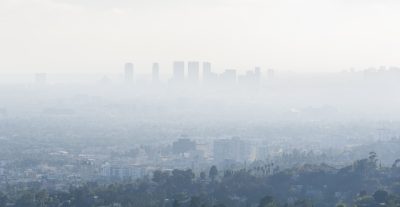 “We focus mainly on the beta cell because it is critical for both Type 1 and Type 2 diabetes. Any defect in beta cells will affect the regulation of glucose.  If the way that beta cells secrete insulin or sense glucose is affected by chemicals in our environment or additives in food — or there is beta cell death in response to some of these exposures — then you have fewer functional beta cells,” says Bruin.

“One of the problems for people with Type 2 diabetes is that their beta cells don’t work as well as healthy individuals.  In early stages of the disease, they secrete too much insulin. At later stages, they don’t secrete enough, in part because they lose maturity. We don’t understand how beta cells become mature, and what potentially sends them backwards. This research could help us understand why beta cells in people with Type 2 diabetes don’t work as well as they should, but our primarily goal is to learn how to generate fully mature beta cells from stem cells for treating patients with Type 1 diabetes.”