A Carleton physics professor recently received two major honours for her decades of fundamental work – a prestigious fellowship, and a new position as deputy spokesperson for a world-famous scientific facility.

Last Fall, Manuella Vincter was elected a fellow to the Royal Society of Canada in recognition of research excellence during more than two decades. She joins a small group of about 2,000 Canadian scientists, scholars and artists who were recognized for their contributions in their specific fields. 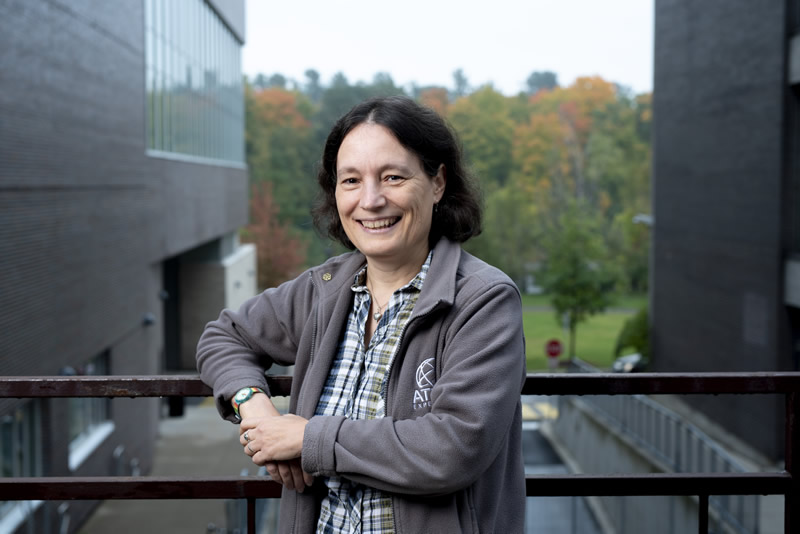 In March, she took on a new role as deputy spokesperson for the ATLAS collaboration at CERN, the European organization for nuclear research. Vincter was one of the leaders of ATLAS’ scientific development; the collaboration discovered a particle called the Higgs boson in 2012. The Nobel Prize was attributed to the two theorists who postulated its existence.

In her new role at ATLAS, Vincter and another deputy will work with spokesperson Karl Jakobs (University of Freiburg in Germany) to talk about the work of ATLAS to outside agencies, as well as to make sure the experiment remains productive and that scientific results have validity for fundamental physics researchers.

“This is an incredible opportunity for me,” Vincter said. “I already had a variety of experiences and developed my skill set, but this is the opportunity to develop a different part of my skill set, which is to enable the science of other people on a very large scale. You have to give back to your community and enable the next generation of people to do science themselves.” 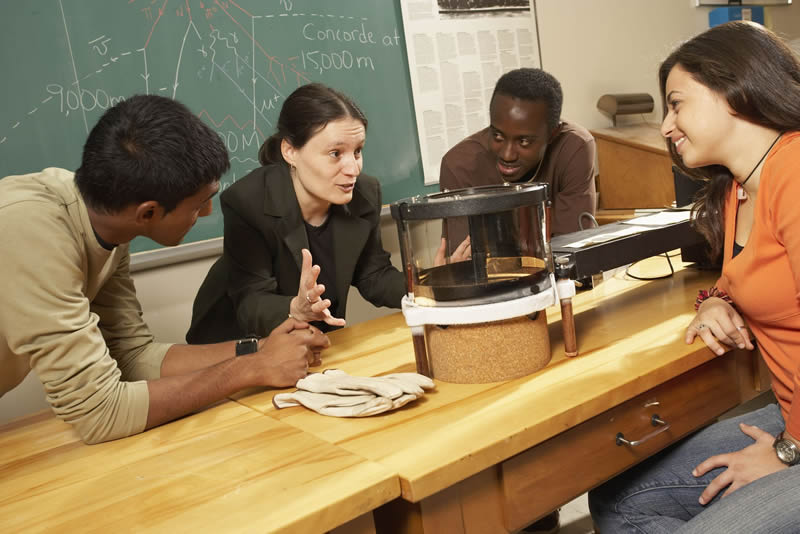 ATLAS includes an enormous, 27-km accelerator where protons (a part of the atom) are smashed together to see what sorts of particles are generated from the collisions. The accelerator goes through a periodic cycle of activity, lasting anywhere from three to five years, and then a couple of years where it goes offline for maintenance. Vincter’s term coincides with one of these down periods. “It’s like a car; you have to send it to the shop and change the tires and the oil,” she said.

It’s an important time for scientists as experiments are upgraded or replaced to make more sensitive detections of particles in future years, improving our understanding of the world around us. ATLAS is not running at the highest energy yet planned for, so in stages, the collaboration is installing new equipment to make full use of the higher energies and “reach the physics we want to do,” Vincter said.

With the accelerator not in use, it also means Vincter and other people at ATLAS can bring students, politicians, funding agencies and celebrities for tours to raise awareness about the science. This recently included the Vancouver rock band Nickelback.

Vincter’s role includes long-range planning for the next planned shutdown in 2025, which will include heavy Canadian participation – including from the TRIUMF (Tri-University Meson Facility) that does subatomic particle research in British Columbia. TRIUMF will supply a component for the magnets that will be included in improvements to help the accelerator move protons in a different direction.

“It’s an incredible opportunity for graduate students to join us at this point, during shutdown periods,” Vincter said. “They will not only learn about ATLAS, but technical things that could lead to a job in industry afterwards. Participation is really to help build their skillset. There are a lot of opportunities there for students through the improvements in ATLAS.” 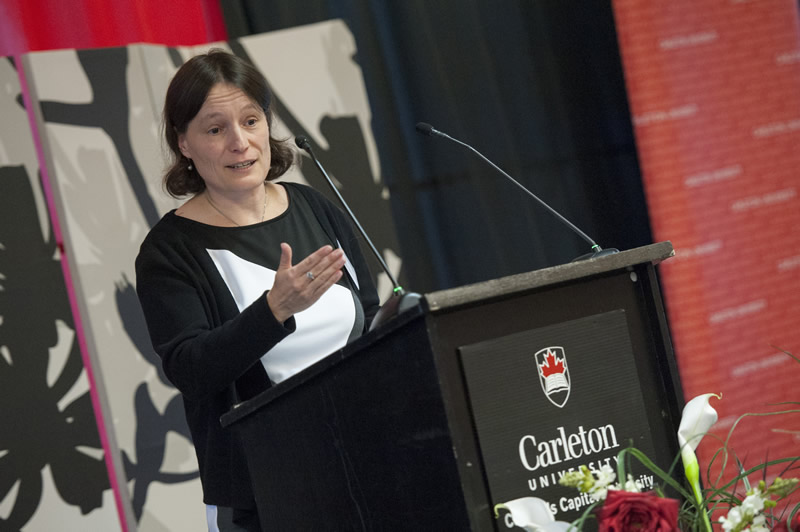 Vincter, who was awarded a prestigious Killam Research Fellowship in 2014, credits her high school physics teacher for first igniting her interest in physics; she went on to obtain degrees at McGill University and at the University of Victoria before taking on a post-doctoral position at TRIUMF. Vincter was a professor at the University of Alberta before coming to Carleton, where she has spent most of her career working with CERN.

She also was one of the people participating in the initial commissioning of the ATLAS experiment after construction was completed in 2008. Her favourite part about teaching physics, Vincter says, is explaining the physics beauty hidden behind everyday life.

Whether working at the CERN control room or running experiments herself, she is immersed in a strange world of tiny particles that behave in ways few of us can understand. Vincter’s research deals with particles called W bosons and Z bosons, which are influential in how items fall apart or decay. This behaviour is part of the weak force, which is one of the four fundamental forces influencing all of the universe’s matter — the other three forces are gravity, electromagnetism and the strong force.

You can read more about Carleton’s contributions to ATLAS at https://physics.carleton.ca/atlas.

CERN is simply the most important particle accelerator installation in the world.

The work undertaken by ATLAS will help us to understand the very fabric of the universe.