As a bus carrying the Humboldt Broncos cruised toward a rural Saskatchewan intersection on a clear April afternoon, its driver couldn’t tell that a large truck approaching from the south wouldn’t yield. The truck sped through a stop sign at 100 km/h, broad-siding the hockey team’s bus. 16 were killed, 13 wounded.

Broadside collisions are among the deadliest types of accidents. Connected and automated vehicle technologies can help prevent them. 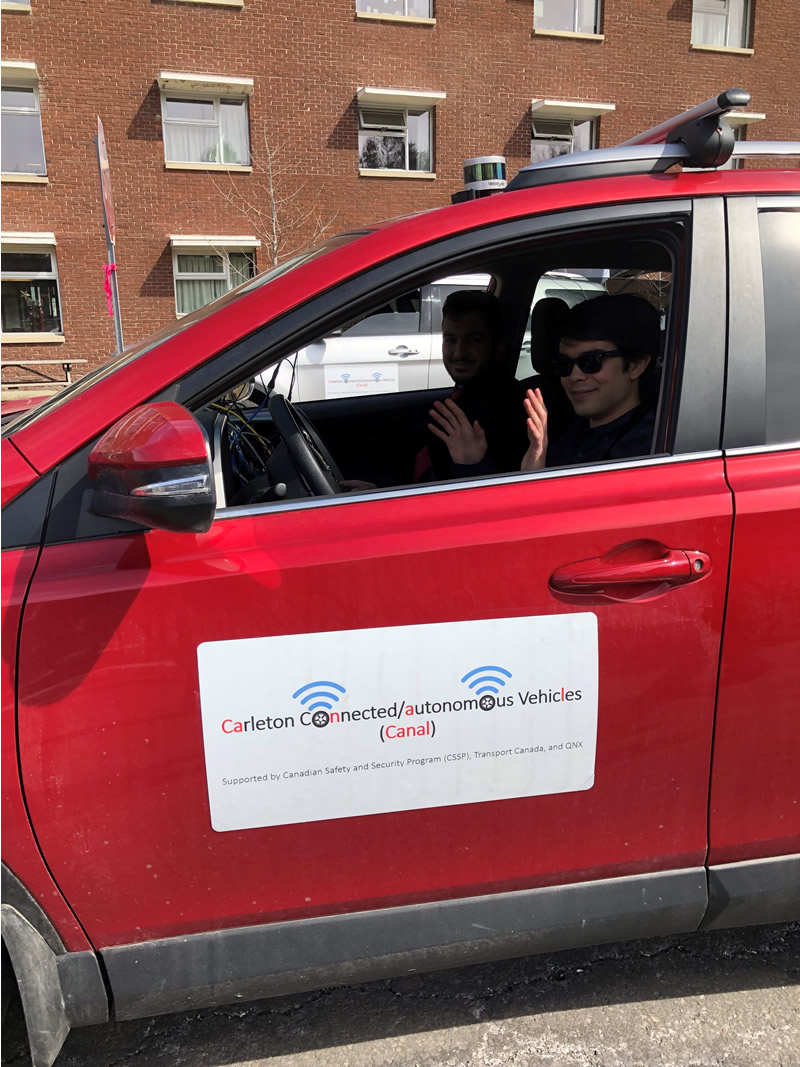 Staying Safe: On our roads and in the networks that will connect us to them

With over a billion vehicles on the world’s roads, that connectivity will generate a lot of data, and when data is shared, there is risk it could be hacked. That’s where F. Richard Yu comes in.  He’s modelling ways that communications systems can be compromised, so that once connected and autonomous vehicles are widely deployed, we’ll all be less vulnerable. 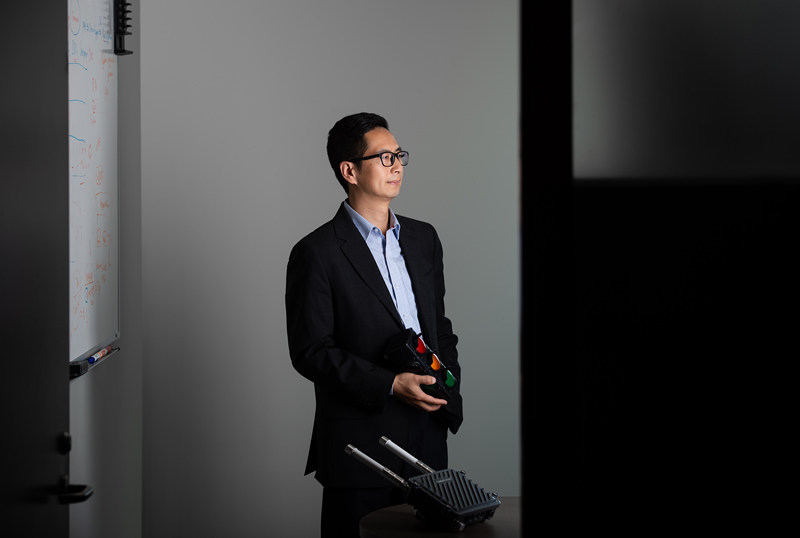 “Right now, there are many security issues, and if something goes wrong with autonomous vehicles, it could be very dangerous for humans,” says the Professor in the School of Information Technology and Department of Systems and Computer Engineering.

“Connectivity can be taken advantage of by generating fake information. For example, if a traffic light right is ‘red’, an attacker could change the traffic light’s information to ‘green,’ and generate accidents.”

If vehicle communications systems were compromised on a wide scale – for example, if data transmitted by every traffic light in a city was changed to show ‘red’ simultaneously – an attacker could grind traffic to a standstill. Or, if every light were to transmit ‘green’, there could be thousands of collisions.

That has national security implications, and Yu’s research is funded by a three-year, $974,000 grant from the Canadian Safety and Security Program, which is led by Defence Research and Development Canada, an agency of Canada’s Department of National Defence.

“In the current environment, this type of security is not a big issue, because vehicles are not connected,” Yu says.

“In the future, vehicles will be connected to each other and the internet. It’s very dangerous if we don’t deal with security issues before connected and autonomous vehicle technologies are widely deployed.” 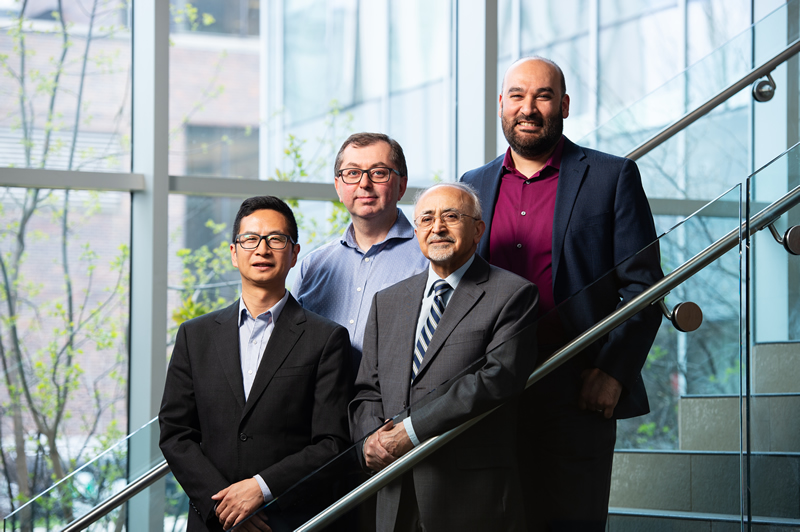 Ata Khan is working with the City of Ottawa to connect vehicles with infrastructure, and make the city’s roads more efficient.

Signal Phase and Timing (SPaT) messages include the duration and current status of traffic lights, while Map Data (MAP) describes the geometry of the intersections.

A third party application uses the information to generate a recommended travel time to an upcoming intersection, known as a Green Light Optimal Speed Advisory (GLOSA), which is displayed to the driver, mimimizing the need for the vehicle to stop and start.

“Of course, the necessary technology components and methods have to be developed so that automated vehicles can contribute to these objectives.”

Sensor fusion: Optimizing the use of on-board data

There are five levels of vehicle automation. Vehicles with level 4 and 5 automation will be able to drive themselves. Level 1 automated functions like adaptive cruise control are already widely used, but these require a human driver to operate a vehicle.

Level 2 and 3 automation will rely on Advanced Driver Assistance Systems (ADAS) to increase a vehicle’s capacity to operate itself in increasingly complex driving situations. Some, like lane departure assistance warnings, are already used in some vehicles.

These warnings can use on real-time kinematic positioning (RTK) GPS data to recognize their environments. RTK GPS provides geo-referencing data at the level of individual vehicle lanes – but it’s not available everywhere and is data-intensive. That makes it more challenging to operate systems that use it in real time. 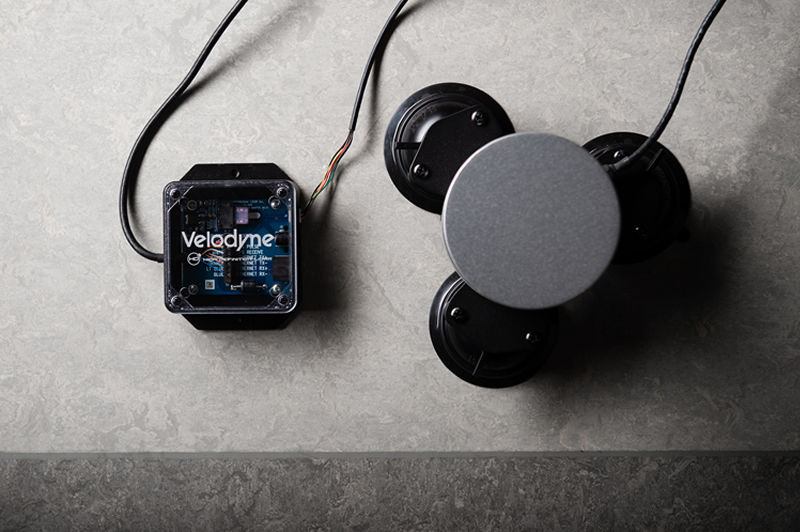 This allows a vehicle to identify lanes, even when highly detailed positioning data isn’t available.

Software fusion algorithms enable software to process data from multiple sensors simultaneously, providing more reliable information than any one of those sensors would on its own. Data from one sensor is contextualized with data from other sensors.

Atia developed a two-stage algorithm that catches data on speed and trajectory generated by the IMU’s accelerometers and gyroscopes, and references that against the known GNSS data like road geometry and topography that’s used in on-board GPS systems.

This enables the vehicle to determine where lane markings will be relative to its own location, even without having to highly detailed geographical data about the lane itself.

“Scientists and engineers are working to optimize these computing platforms to have less power consumption and a compact size, while at the same time achieving high performance. This is the biggest challenge in the embedded system that we are facing.”

6G: the next “network of the future”

There’s been plenty of buzz about how ultra-high speed 5G networks will revolutionize communications, but Halim Yanikomeroglu is already envisioning how 6G networks will improve them.

6G is more than a decade away, and is still far more a vision than a plan. Beginning in 2030 – about the time many experts envision autonomous vehicles coming in to wide use — 6G networks could extend network coverage to remote areas where it won’t be cost-effective to install 5G networks, which depend on small terrestrial cellular towers at intervals of about 150m.

“The hope is that wherever you are on the globe, you’ll have decent connectivity,” says Yanikomeroglu.

“In populated areas, rates might approach 2GB/S. There will still be a different quality of coverage, but even outside core areas, you should almost always have coverage.”

The Professor of Systems and Computer Engineering envisions networks that rely on autonomous networks of unmanned aerial vehicles (UAVs) – drones – which are far cheaper to deploy than cellular towers are to install.

“When I drive from Ottawa to Toronto, I follow one of Canada’s main arterial highways,” Yanikomeroglu says. 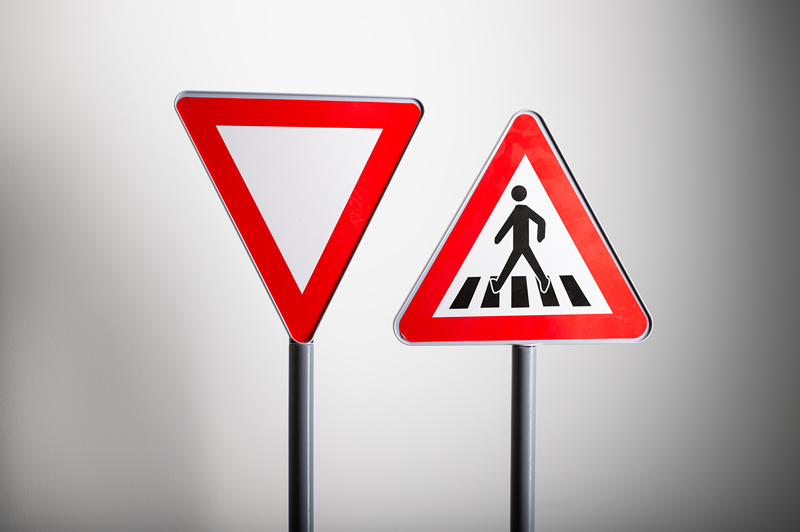 “But there are parts of the road where I cannot make phone calls. It isn’t economically feasible to deploy a base station every 100 meters, and always be close to one.”

Deploying drones that serve as cellular base stations could help enable the deployment of connected and autonomous vehicles in rural areas by addressing gaps in coverage. In cities, supplementary coverage could help manage high data volumes, and initial capital expenditure is much lower than building towers on earth – not to mention renting or buying the real estate on which to install them. 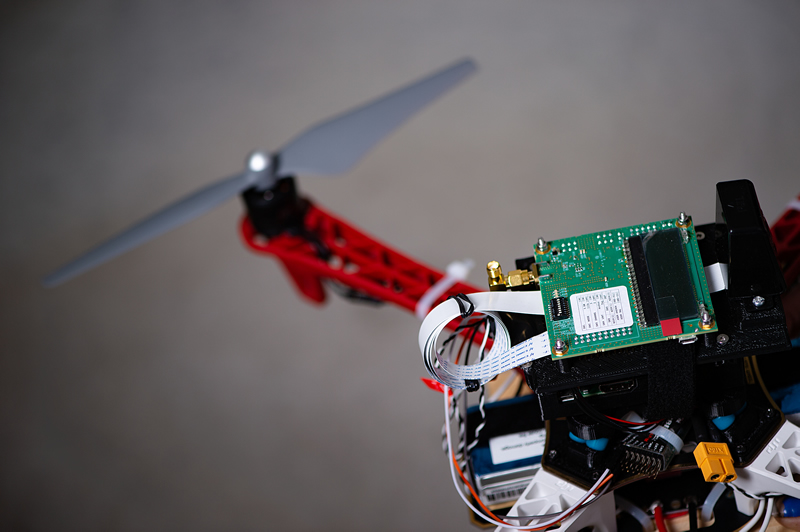 “A drone is just $100,” says Yanikomeroglu, who recently published an article on the optimal locations for a global network in IEEE Transactions on Wireless Communications.

Professor in the School of Information Technology

Professor in Systems and Computer Engineering

Assistant Professor in the Department of Electronics

Broadside collisions are among the deadliest types of accidents. Connected and automated vehicle technologies can help prevent them.

Autonomous Vehicles on the Move: Carleton Researchers Pave the Way